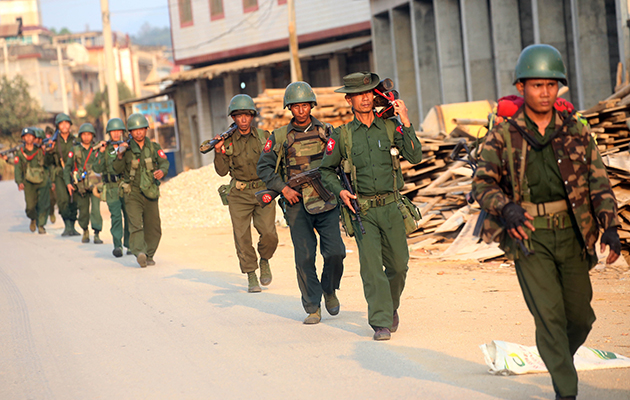 The announcement, signed by President U. Thein Sein and broadcast through the state-run Myanmar Radio and Television, said armed clashes in the Kokang region were widespread, leading to the failure of the local government administration mechanism, Xinhua reported.

The state of emergency will be effective for 90 days, the announcement said.

The announcement is a follow-up of the curfew imposed on the region since last Thursday.

The government forces have recovered 26 bodies of the Kokang ethnic army and seized some small weapons and ammunition during the clashes. Meanwhile, 47 government troop officers and soldiers have lost their lives and 73 others wounded.

The armed clashes have impacted the lives and properties of local people and the region’s security, the government said in an earlier release, adding that the government forces would continue its mopping-up operation against the MNDAA and other ethic forces allegedly involved in the clashes.