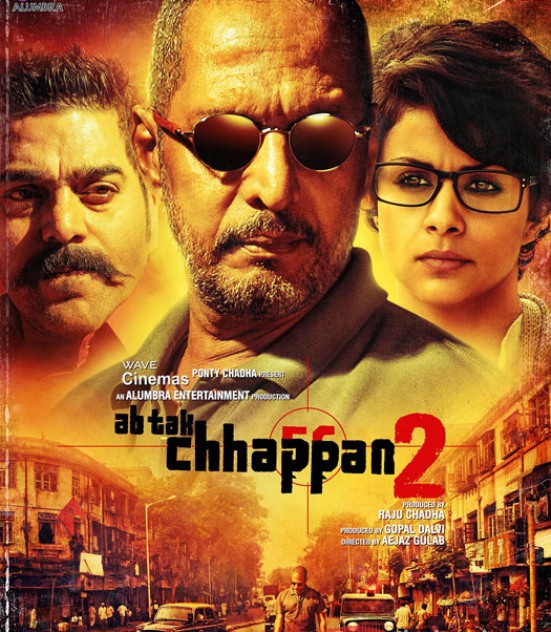 Nana Patekar is acknowledged as one of India’s finest actor and time and time again, he’s proven his credentials through various powerful roles in films like Parinda, Shakti, Prahar, Wajood, Agnisakshi & Ab Tak Chhappan, and yet, this versatile actor has been missing from action since his last release of Attacks of 26/11. The commanding actor, who walks away with cheers from the galleries and has put to shame the hero & heroine in film after film, had taken a sabbatical from films because as per him ‘Nothing inspired him’! Well, that long wait is over as his fans are going to welcome him in Ab Tak Chhappan 2, the sequel to his very popular Ab Tak Chhappan (2004). Pitted against India’s finest like Amitabh Bachchan in Kohram, Anil Kapoor & Jackie Shroff in Parinda, Salman Khan & Manisha Koirala in Khamoshi and Madhuri Dixit in Prahar & Wajood, he always came out in flying colors and even out shadowed his popular co-stars, but roles dried out and scripts were not to his satisfaction and that’s when he decided to take a break. While his fans waited anxiously, the producers & directors frantically searched for suitable script and finally Nana relented when he saw the script of the sequel to Ab Tak Chhappan, the cult classic which went on to become a huge hit and made him many fans as well.
Nana loved the script and immediately agreed to star with Gul Panag & Ashutosh Rana in ab tak chhappan 2 and if critics are to be believed then this could become one of the big hits of 2015 and Nana Patekar is so sure of the success that he has already announced plans to make Ab Tak Chhappan 3 … and he’ll direct the movie himself, way long after his debut direction of Prahar!!! 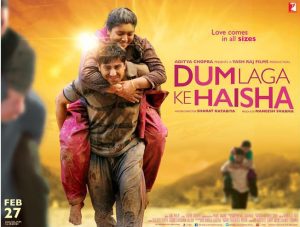 Yash Raj Films have been making quality films for quite some time but kudos to Manish Sharma for producing Dum Laga Ke Haisha under YRF banner and breaking the stereo types in Bollywood film industry. As we all are aware of, bollywood has always shown the hero romancing the most beautiful heroines for over 100 years but breaking the stereotypes, Manish Sharma’s new film has showed the hero romancing a Plus size heroine, which is a rare first in Indian film industry and without doubt the film has created incredible curiosity amongst all. Set in 90’s, the film stars Ayushmaan Khurana, debutant Bhumika Pednekar, Sanjay Mishra & singer Kumar Sanu, and already the Anu Malik’s music have been topping the charts for some time. It’s to be seen if the film succeeds at the box-office but the film is already a hit amongst the film goers for breaking the norm and emphasising that plus or minus size doesn’t matter as it’s the Hearts that Matter! Manish Sharma’s Dum Laga Ke Haisha opens this week all over! 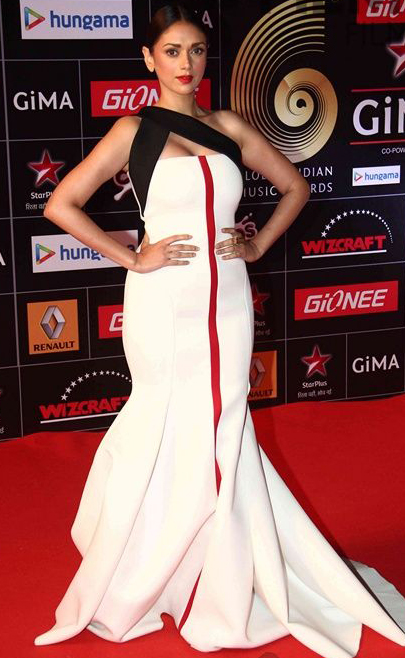 The Who & Who of Indian Music Industry were there in big number to honor their very best and barring a few surprises, most agreed with the choices as the predictable and non-predictable were honoured at a glittering ceremony in Mumbai on Feb 24. A. R. Rehman, Atif Aslam & Mika Singh sang their best songs but the loudest cheer was for the combined talent of Sonu Nigam, Shaan, Nitin Mukesh, Alka Yagnik, Shankar Mahadevan & Abhijeet as they all presented a tribute to India’s great music director Anandji Virji Shah, who was honoured with the Life Time Achievement Award for his contribution to promote Indian music over the years. Anil Kapoor, Shahid Kapoor, Sonakshi Sinha, Shraddha Kapoor and Aditi Hydari were some of the prominent Bollywood personalities in attendance along with Classical greats like Pandit Jasraj, Dr. L. Subramanyam, Pandit Hari Prasad Chaurasiya & Pandit Ronu Majumdar.

Badlapur is a hit!!!

As expected Sriram Raghavan’s Badlapur, in spite of ‘A’ certificate, turned out a winner at the box-office with everyone applauding the superb performances of Varun Dhawan & Nawazuddin Siddiqui in unison and the film has already collected Rs. 40 Crores; the critically acclaimed Punjabi film Qissa with Irfan Khan & Tisca Chopra in lead roles, which won several national & international awards, is now available on DVD @ Kamal’s Video Palace; Pakistani actor & singer Ali Zafar & his wife Ayesha became the proud parents of a baby girl recently; popular TV star Drashti Dhami of Madhubala Tv serial fame, married Neeraj at a glittering ceremony in Mumbai; popular Bollywood singer Tulsi Kumar, sister of T-Series Bhushan Kumar, got married in Delhi last week; Siddharth Malhotra & Alia Bhatt have been signed again by Coca Cola India; summons have been served to Amitabh Bachchan’s Hollywood manager to appear before a US court in reference to Amitabh’s alleged role in the killing of thousands of innocent Sikhs in the anti-Sikh riots which followed after the killing of Mrs. Indira Gandhi, the then Prime Minister of India ; Nana Patekar, Gul Panag & Ashutosh Rana feature in Ab Tak Chhappan 2 which starts this week with Manish Sharma’s Dum Laga Ke Haisha featuring Ayushmann Khurana & Bhumika Pednekar & Adhyayan Suman’s Lukhnavi Ishq and it’s to be seen how these films will fair with World Cup Cricket hogging the limelight all over India; and with that, it’s time to say good bye but not before reminding you all to watch this week’s Yaadein featuring ‘Venus of India’ Madhubala on Sunday, March 1st at 1 PM on SMC # 116 !