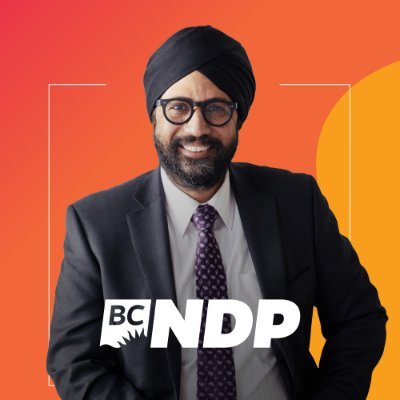 Victoria: Jennifer Whiteside and Aman Singh were sworn into the Legislature virtually today as the BC New Democrat MLAs for New Westminster and Richmond–Queensborough following an historic election. The new MLAs joined the largest BC New Democrat caucus ever elected.
The 57 BC NDP members were sworn in as part of British Columbia’s 42nd Parliament, all focused on supporting people through the COVID-19 pandemic and delivering on their commitments to British Columbians.
“I am so honoured that the people of New Westminster put their faith in me as their MLA, and I am ready to get to work for them as part of a talented and diverse New Democrat team,” said Jennifer Whiteside, MLA for New Westminster. “We are living in challenging times, and I know our team is ready and eager to take on the issues that matter to British Columbians, like our health and safety during the pandemic and our economic recovery.”
“I am looking forward to taking on the challenge and responsibility of serving my community as an MLA,” said Aman Singh, MLA for Richmond–Queensborough. “Now more than ever, people in B.C. need representatives who understand their struggles and who will work every day to make life
better.”
The election of this New Democrat caucus features a number of notable milestones, including:
First majority-women governing caucus in Canadian history
Largest BC NDP caucus in history
Highest number of IBPOC MLAs ever in a caucus in BC
British Columbians put their trust in New Democrats to lead the province’s pandemic recovery, and this diverse team will ensure no one gets left behind as we move forward.