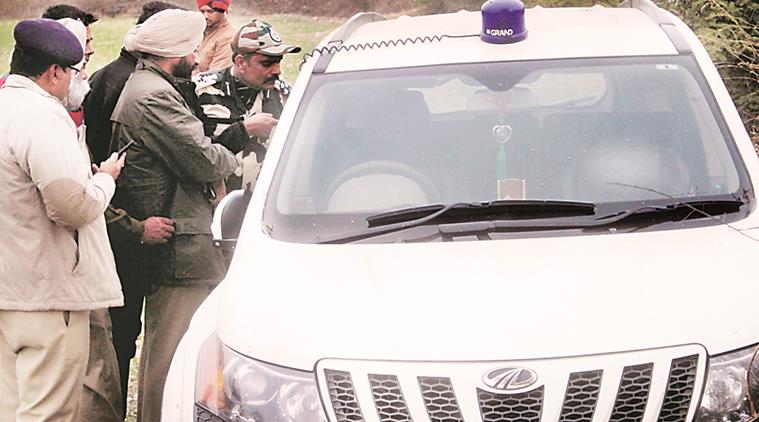 Gurdaspur (Punjab), Jan 5 (IANS) The role of the Punjab Police officer, who claimed he was abducted by the terrorists who attacked the Pathankot air base, was put under the scanner on Tuesday, as a team of NIA officials questioned him at his residence here.

Sources said Superintendent of Police Salwinder Singh, his cook Madan Gopal and businessman friend Rajesh Verma, who were allegedly abducted by the terrorists in his vehicle, were being questioned by National Investigation Agency (NIA) officials at his official residence here on Tuesday evening.

The police superintendent, who was transferred from here last week only, had earlier claimed that he, along with Verma and the cook, were stopped and abducted by 4-5 heavily armed terrorists near Kolia village, 25 km from Pathankot, on the night of December 31.

Under fire and suspicion about the entire incident, Salwinder Singh told the media on Tuesday: “My information was 100 percent true. There is no doubt about it.

“After untying myself, I went to a nearby village Golpur Simbli and told them who I was. I called up my officers and gave them the information. My information prevented a major incident. They (terrorists) could have done big damage to the public if I had not informed.”

The police superintendent’s seniors did not take his version seriously for many hours.

The police officer has said his car was stopped around 11.30 p.m. on Thursday (December 31), while the attack began early on Saturday (January 2).

Punjab Police and security agencies did nothing till the terrorists entered the Pathankot Air Force Station (AFS).

“Only I know what happened with me. I have got a new life. The truth has come out. Only I and god know how I returned,” Salwinder Singh said.

He claimed that the terrorists came back in his car, which had a blue beacon on top, to find him, where he and his cook had been dumped near a drain in a forest area on Thursday night.