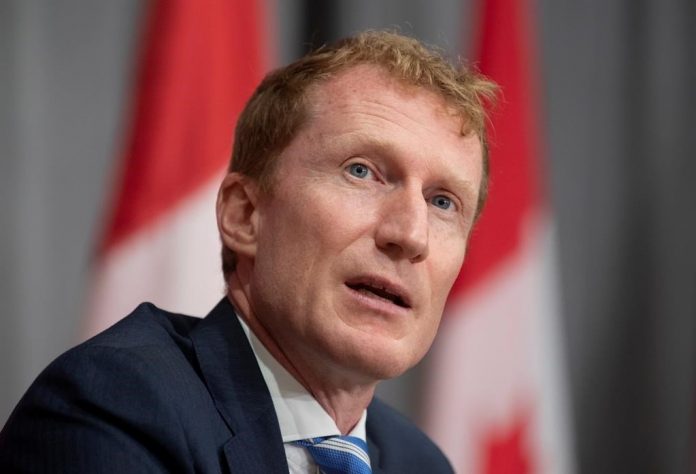 Ottawa: Canada’s Crown-Indigenous Relations Minister says the federal government will soon release some of the residential school records it’s been criticized for withholding to a national archives centre.
Marc Miller also says there’s no evidence the Liberal cabinet, including former justice minister Jody Wilson-Raybould, was told of a 2015 decision to drop a court case that freed the Catholic Church from compensating survivors.
“Knowing what we know today it doesn’t seem right,” he told The Canadian Press in a recent interview.
In October, the National Centre for Truth and Reconciliation said Ottawa had yet to provide key documents detailing the specific histories of each government-funded, church-run institution that made up the residential school system.
The statement came in response to Prime Minister Justin Trudeau telling Indigenous leaders in Kamloops, B.C., that the federal government had turned over all of the records in its possession, a claim the Winnipeg-based centre said wasn’t accurate.
Among the missing records, it said, were what’s known as school narratives _ reports compiled by Ottawa outlining an individual institution’s history, including its administration, statistics on the number of Indigenous children forced to attend, as well as key events such as reports of abuse.
There are eight such timelines for schools that operated in British Columbia and Alberta that Miller says the government has so far refused to disclose based on third-party legal obligations it had with entities of the Catholic Church. The government has now decided to release them, he said.
“It’s our obligation towards survivors first and foremost to take precedence over that obligation,” said Miller.
The minister says the reports will be provided to the centre within 30 days, and the Canadian Conference of Catholic Bishops has been notified.
Both the centre and residential school survivors have long said Ottawa is withholding other outstanding records, such as supporting documents used during the assessment process for compensating Indigenous children who experienced abuse at the institutions.
Miller said the government will review what other residential school records it has withheld based on what the minister says were legal principles of privilege applied too broadly, which may in fact be able to be released.
“It’s created a whirlwind of rightful suspicion towards the federal government.”
One document he says he recently reviewed was a 2015 agreement to release the Catholic Church from its remaining $79-million worth of payments and in-kind services owed to survivors under the historic Indian Residential Schools Settlement Agreement. Included in that was a commitment to embark on a “best efforts” fundraising campaign to raise $25 million, which ultimately netted only about $3 million.
That years-old deal has been called into question after First Nations confirmed the discoveries of unmarked graves at former school sites, which led survivors, Indigenous leaders and non-Indigenous Canadians to renew calls for the Catholic Church to provide reparations.
At the time of the deal, the federal government then led by former Conservative prime minister Stephen Harper went to court against a corporation of Catholic entities named in the 2006 settlement to resolve a dispute between lawyers over the scope of a deal to let the church groups walk away from its remaining obligations.
A Saskatchewan judge ruled in July 2015 that an agreement had been struck, freeing the Catholic entities of their outstanding responsibilities to compensate survivors in exchange for $1.2 million.
One month later, Ottawa gave notice it would appeal. But when that appeal was filed, the country was gripped by a federal election campaign, which ended that October with Trudeau’s Liberals ousting Harper in a majority win.
Trudeau’s first cabinet was sworn in Nov. 4, 2015. He named Wilson-Raybould, then elected as a Liberal in B.C., as the country’s first Indigenous justice minister.
Six days later, a government lawyer told the court it would abandon its appeal.
After reviewing the matter, Miller said what was filed was known as a protective appeal, which was withdrawn after the deputy justice minister approved a release agreement on Oct. 30, 2015.
He says it was the Harper government that decided to release the Catholic entities from their obligations, and officials went to work on securing an agreement.
Miller says there’s no evidence Wilson-Raybould or anyone in cabinet was made aware of the decision. Given the relatively small amount of money in question, and considering the possibility that the matter wasn’t seen as political, he says, “I can see how it happened.”
“It shouldn’t have happened. And so you get into a situation where you want to ascribe blame ? I don’t want to be in that position.”