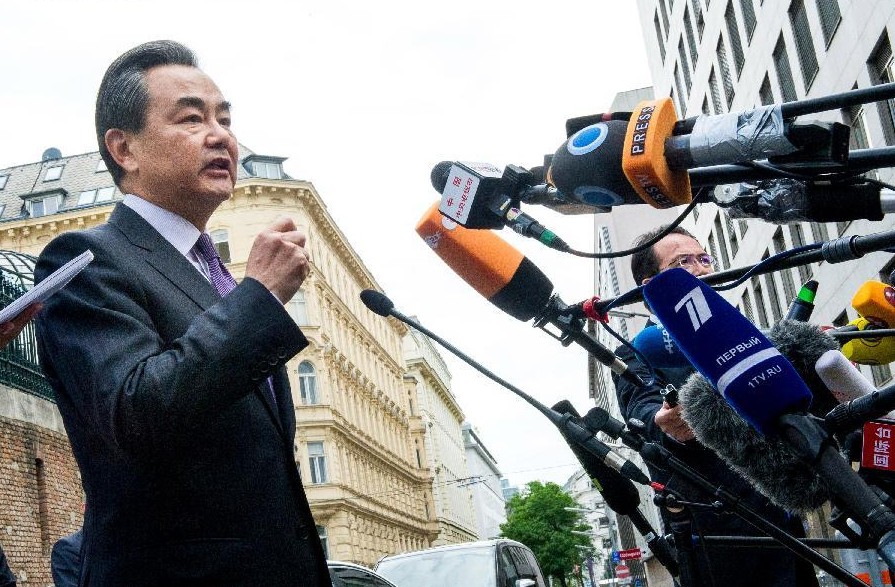 Vienna, July 13 (IANS) There is no more room for delays in the ongoing nuclear negotiations on Iran’s nuclear programme, China’s foreign minister said on Monday.
“We believe that there cannot and should not be further delay of the negotiations,” Press TV quoted Wang Yi as saying.
“With intensive consultations in the past couple of days, new progress has been made in the final stage of negotiations,” the top Chinese diplomat said, adding, “China believes that conditions are already in place for us to reach a good agreement, hence foreign ministers of the six countries are gathered once again in Vienna to bring the negotiation to its conclusion.”
After missing several deadlines, foreign ministers from the P5+1 group of countries, which comprises the US, Britain, France, Russia, China plus Germany, and Iran are making last-ditch efforts in the Austrian capital to arrive at a conclusion over Tehran’s nuclear programme.
Iran’s Foreign Minister Mohammad Javad Zarif likewise said on Sunday that following a meeting with his US counterpart John Kerry earlier in the day, “No extension, we will finish hopefully”.