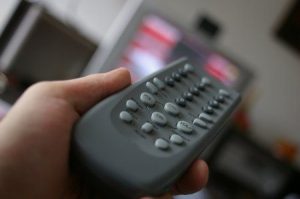 The CRTC expects television service providers to end this practice by January 23, 2015, while it makes the necessary changes to its regulations. As part of the CRTC’s Let’s Talk TV conversation, which included a public hearing that began on September 8, 2014, consumer groups and individual Canadians expressed a desire to see these policies eliminated.

In the same decision, the CRTC is also prohibiting Internet and telephone service providers from requiring that Canadians give 30-days notice prior to cancelling these services. This decision will take effect on January 23, 2015. Many Canadians have expressed frustration with these policies in their complaints to the Commissioner for Complaints for Telecommunications Services (CCTS). According to this industry ombudsman, 30-day cancellation policies were a common complaint about telecommunications services in each of the past three years.

By prohibiting 30-day cancellation policies for television, Internet and telephone (including Voice over Internet Protocol) services, the CRTC has made it easier for individuals and small business customers to take advantage of a competitive marketplace by switching service providers.

The CRTC had previously prohibited similar policies for wireless services with the coming into force of the Wireless Code in December 2013.

These decisions build on the CRTC’s commitment to ensure that Canadians benefit from a dynamic marketplace. In 2011, the CRTC issued a policy regarding the customer transfer process to make it easier for Canadians to switch telephone service providers with only one phone call, while keeping the same phone number.