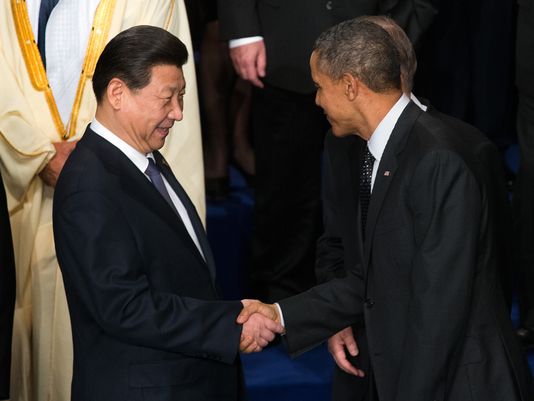 Washington, July 21 (IANS/EFE) US President Barack Obama has thanked his Chinese counterpart Xi Jinping for the role Beijing played in the “historic, long-term comprehensive nuclear deal” that the world powers reached with Iran to ensure an “exclusively peaceful” Iranian nuclear programme, the White House said on Tuesday.
Obama said that the pact reached between Iran and the P5+1 countries — the US, Russia, China, France and Britain, plus Germany — “verifiably ensures Iran’s nuclear programme is exclusively peaceful going forward”.
In exchange, Iran obtained the gradual raising of the international economic sanctions that have been imposed on the nation.
“Both leaders agreed on the fundamental importance of continued US-China cooperation in ensuring the full implementation of the Joint Comprehensive Plan of Action,” the statement said.
Obama reaffirmed to Xi that he looks forward to receiving him in Washington during the Chinese leader’s state visit planned for September this year.