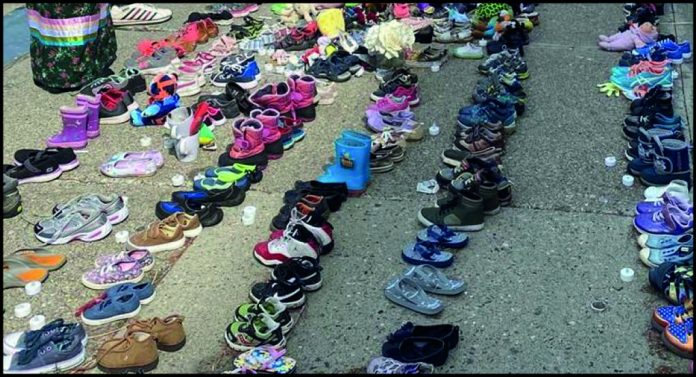 Winnipeg: A Catholic religious order that operated some residential schools in Canada says it will open its archives in Rome to researchers.
The Missionary Oblates of Mary Immaculate has agreed to grant the Winnipeg-based National Centre for Truth and Reconciliation full access to records in the Italian city.
“We want to make sure that the families, the survivors, the families of the children who didn’t come home have access to their history,’’ said Rev. Ken Thorson of the OMI Lacombe Canada based in Ottawa.
The centre’s head archivist, Raymond Frogner, is expected to make an initial visit to the archives this spring.
The records might include letters from missionaries to leaders in France and Rome. Thorson said the correspondence would probably be from the early years of the Oblates and would explain how the mission was going in the country that would be become Canada.
The vast majority of information regarding residential schools is in Canada, Thorson said. The Oblates have already provided the national centre with more than 40,000 records from four archives in Canada.
Thorson said it is important to identify and provide any records that may have been missed.
“We made a commitment to supply all files that might contain parts of the history of residential schools that might be in our possession at the Oblates.’’
The Oblates say it’s an important commitment ahead of an Indigenous delegation to the Vatican. First Nations, Metis and Inuit delegates are to travel to Rome for meetings with Pope Francis next week.
Organizations representing the Indigenous groups have said they will be calling for the release of documents and for an apology from the Pope for the church’s role in residential schools.
The National Centre for Truth and Reconciliation and the Oblates said in a joint news release Tuesday that a truthful account of residential school history is essential for survivors, their families and communities to heal.
The Missionary Oblates of Mary Immaculate operated 48 residential schools in Canada.
They included the Marieval Indian Residential School at Cowessess First Nation in Saskatchewan and the Kamloops Indian Residential School in British Columbia, where the discovery of unmarked graves spurred initial calls for justice and transparency.
The Oblates have previously apologized for their involvement in residential schools and the harms they inflicted to Indigenous peoples and communities.
“These types of records are a critical component of the process that communities are currently undertaking to search former residential school sites, and may help to better understand the historical context of unmarked graves,’’ the statement said.