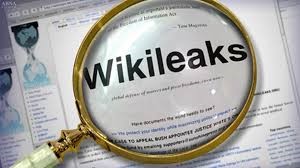 Antivirus vendors will soon be able to figure out if you have been hacked by the CIA because of a WIKIleak of nearly 9000 CIA classified documents on Tuesday this week. If the leak proves to be authentic, then it paints an intimate picture of America’s cyber-espionage efforts.

Code named “Vault 7” it is the largest ever publication of confidential documents on the agency. In fact, part one (“Year Zero”) already eclipses the total number of pages published over the first three years of the Edward Snowden NSA leaks.

The internet and every news channel has been going nuts all week over this. Here are 2 key points you should know about this leak and how it affects you and your business:

#1: The CIA has lost control

Recently, the CIA lost control of the majority of its hacking arsenal including malware, viruses, trojans, weaponized “zero day” exploits, malware remote control systems and associated documentation. The CIA’s hacking division, which formally falls under the agency’s Center for Cyber Intelligence (CCI) has produced more than a thousand hacking systems, trojans, viruses, and other “weaponized” malware. Hackers have created more code than that used to run Facebook.

Once a single cyber ‘weapon’ is ‘loose’ it can spread around the world in seconds, to be used by rival states, cyber mafia and teenage hackers alike. It’s unclear exactly how much of this has been leaked.

The CIA’s Mobile Devices Branch (MDB) has developed numerous attacks to remotely hack and control popular smart phones. Infected phones can be instructed to send the CIA the user’s geolocation, audio and text communications as well as covertly activate the phone’s camera and microphone. According to sources, anyone using iOS 10 or above should be in the clear.

The attack against Samsung Smart TVs was developed in cooperation with the United Kingdom’s MI5/BTSS. After infestation, Weeping Angel places the target TV in a ‘Fake-Off’ mode, so that the owner falsely believes the TV is off when it is on. In ‘Fake-Off’ mode the TV operates as a bug, recording conversations in the room and sending them over the Internet to a covert CIA server.

They may also have the ability to infect vehicle control systems used by modern cars and trucks. The purpose of such control is not specified, but it would permit the CIA to engage in nearly undetectable assassinations.

Stay tuned for further revelations as we dig deeper into the documents released. The next few weeks are guaranteed to be very interesting…

The only real question is: “What do I need to do about it?” We suggest a wait-and-see approach, but if you need some help, give us a call.

Bob Milliken is the TheITguy@CascadiaSystemsGroup.com specializing in helping businesses with their IT needs. Discover how great local IT services can be.  604.270.1730.