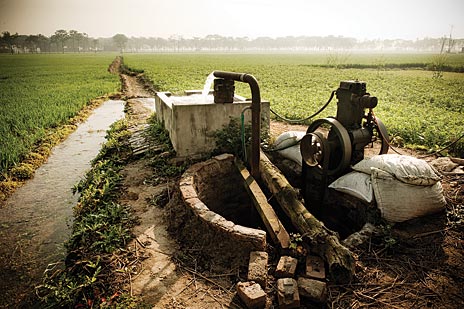 New Delhi, March 4 (IANS) Plans are being made to replace all inefficient old agricultural pumps in Punjab, even as the state on Friday became the seventh to join the central government’s Uday debt restructuring scheme for struggling state distribution companies (discoms).

“We have initiated talks with the centre to replace all inefficient agricultural pumps in Punjab with new ones. This will result in more water and saving power. We will also talk about joining the LED lights programme,” Sukhbir Badal said.

Highlighting the benefits of joining the Ujjwal Discom Assurance Yojana (Uday), he said Punjab will save over Rs.5,000 crore.

“Our electricity department will save Rs.600 crore on account of interest saving alone. Our department will be strengthened further, which was working for making Punjab a power surplus state,” Badal said.

Uttar Pradesh, Bihar, Rajasthan, Gujarat, Jharkhand and Chhattisgarh are the other states that have signed the Uday agreement.

With Punjab joining Uday, around Rs.1.6 lakh crore of discoms’ debt have been covered through the programme, which is about 37 percent of the total outstanding debt of Rs.4.3 lakh crore, the union power ministry said in a statement here.

“An overall net benefit of approximately Rs.5,475 crore would accrue to the state by opting to participate in Uday,” it said.

“The scheme also provides for the balance debt of Rs.5,210 crore to be re-priced or issued as state guaranteed Discom bonds, at coupon rates around 3 percent less than the average existing interest rate,” it added.