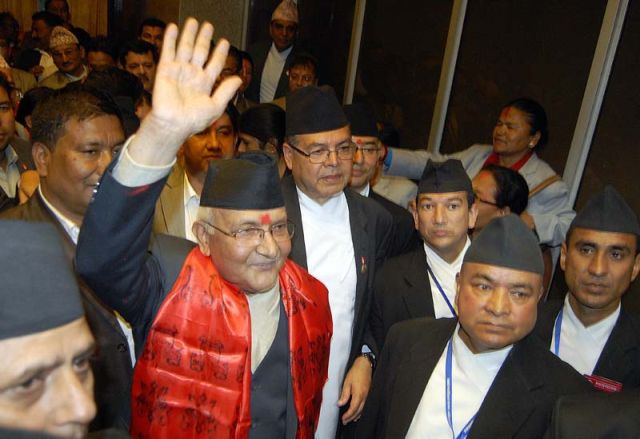 Kathmandu: Chairman of the CPN-UML K.P. Oli will become the 41st Prime Minister of Nepal with incumbent Sher Bhahadur Deuba set to resign from the post on Thursday.

His resignation comes 69 days after the Federal and Provincial elections ended.

Oli being the leader of the largest party in the Federal Parliament, with the support of Communist Party of Nepal (CPN Maoist Centre) will take over from Deuba.

Earlier on Thursday, Oli, along with Chairman of the Maoist Center Pushpa Kamal Dahal Prachanda, met Bhandari, as the former claimed the top executive post on the basis of majority votes, the President Office said.

Oli will have to prove his majority in the House within 30 days.

The two communist parties UML (Unified Marxist-Leninist) and Maoist Centre has expedited their unification process which they announced in October 2017.