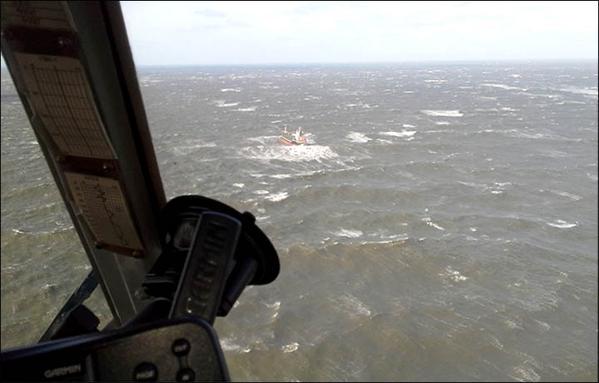 Seoul: A South Korean fishing ship sank in the Bering Sea Monday, with at least one person dead and 52 missing, media reported citing the fisheries ministry.

The 1,753-ton fishing vessel, owned by the South Korean deep-sea fishery company Sajo Industries, sank in the western part of the Bering Sea near Russia around 5.20 a.m. GMT, Xinhua cited Yonhap news agency as quoting the fisheries and oceans ministry.

The crew on board the ship, which was catching pollack in the waters, included 11 South Koreans, 35 Indonesians, 13 Filipinos and one Russian inspector, according to the ministry.

One South Korean sailor has been confirmed dead while 52 others are still missing. Six sailors and the Russian inspector have been rescued. A total of 60 people were on board the sunken vessel.

Rescuers are searching for those missing, but weather and water conditions are hampering the search operations, the ministry said.

The 35-year-old vessel is believed to have begun listing after bad weather caused seawater to flood the storage parts of the ship.

The ship departed from the country’s southern port city of Busan July 10 for the Bering Sea to catch pollack.

The foreign ministry has reportedly asked Russian officials to conduct the rescue operations as quickly as possible.