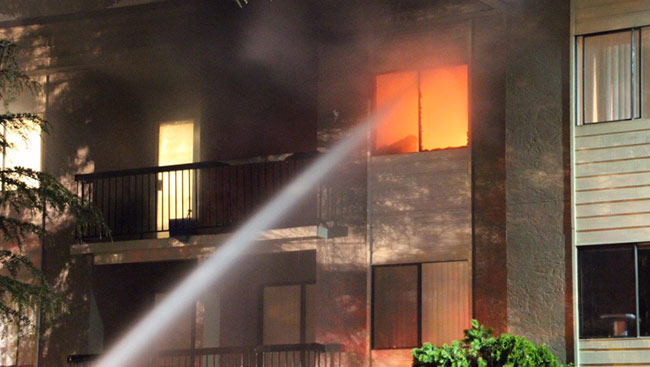 Langley: One person has been killed in a fire at an assisted living complex in Langley.

Residents say fire alarms went off just before 1 a.m., and flames were shooting from the balcony of a third floor suite by the time firefighters arrived.

Crews managed to contain the fire to the single unit but the lone resident of the suite could not be saved.

No other injuries have been reported.

Sixty-seven seniors are being sheltered at a nearby hotel while officials determine when it will be safe for them to return.

The cause of the blaze is under investigation.