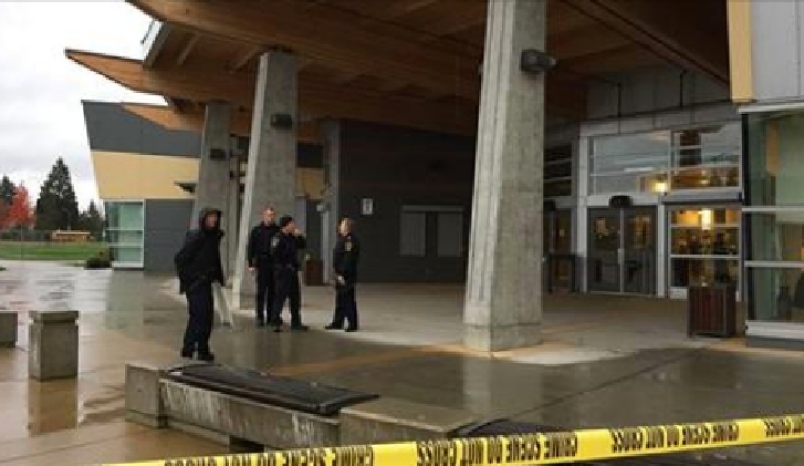 The Canadian Press
Abbotsford: Counsellors are available to meet with grieving high school students in a city outside Vancouver as they try to understand a deadly stabbing attack at their school.

One student was killed and another is listed in stable condition after police say a barefoot man walked into Abbotsford Senior Secondary early Tuesday afternoon and stabbed two girls before being held by staff.

The building and an adjoining middle school were locked down and school district officials say classes are cancelled indefinitely at the senior secondary.

Support and information sessions for students and staff are being offered in the gym of a nearby church.

Prime Minister Justin Trudeau has tweeted his condolences, saying it is heartbreaking to hear of the tragedy, while B.C. Premier Christy Clark and her education minister have also sent messages of support.

Other tweets urge everyone to wear the black and red colours of Abbotsford Senior Secondary and many messages carry the hashtag #Abbystrong.

Police said Tuesday that they had a young man in custody. They said it appeared he was not a student at the school and it’s not clear if he even knew the two girls.

“Who he is, what was driving him, is very much a matter for investigators at this time,” Abbotsford police Chief Bob Rich said.

Police said they were aware a video showing the stabbing was being widely shared online.

Filmed from what appears to be the second floor looking into the school’s atrium, it shows a man in a grey T-shirt standing over a girl and frantically stabbing at her as she screams on the floor. A person in an apron then approaches the man, who suddenly drops his weapon and backs away from the woman.

“Out of respect for the family, we are asking that the video not be shared further and not be broadcasted,” Rich says.