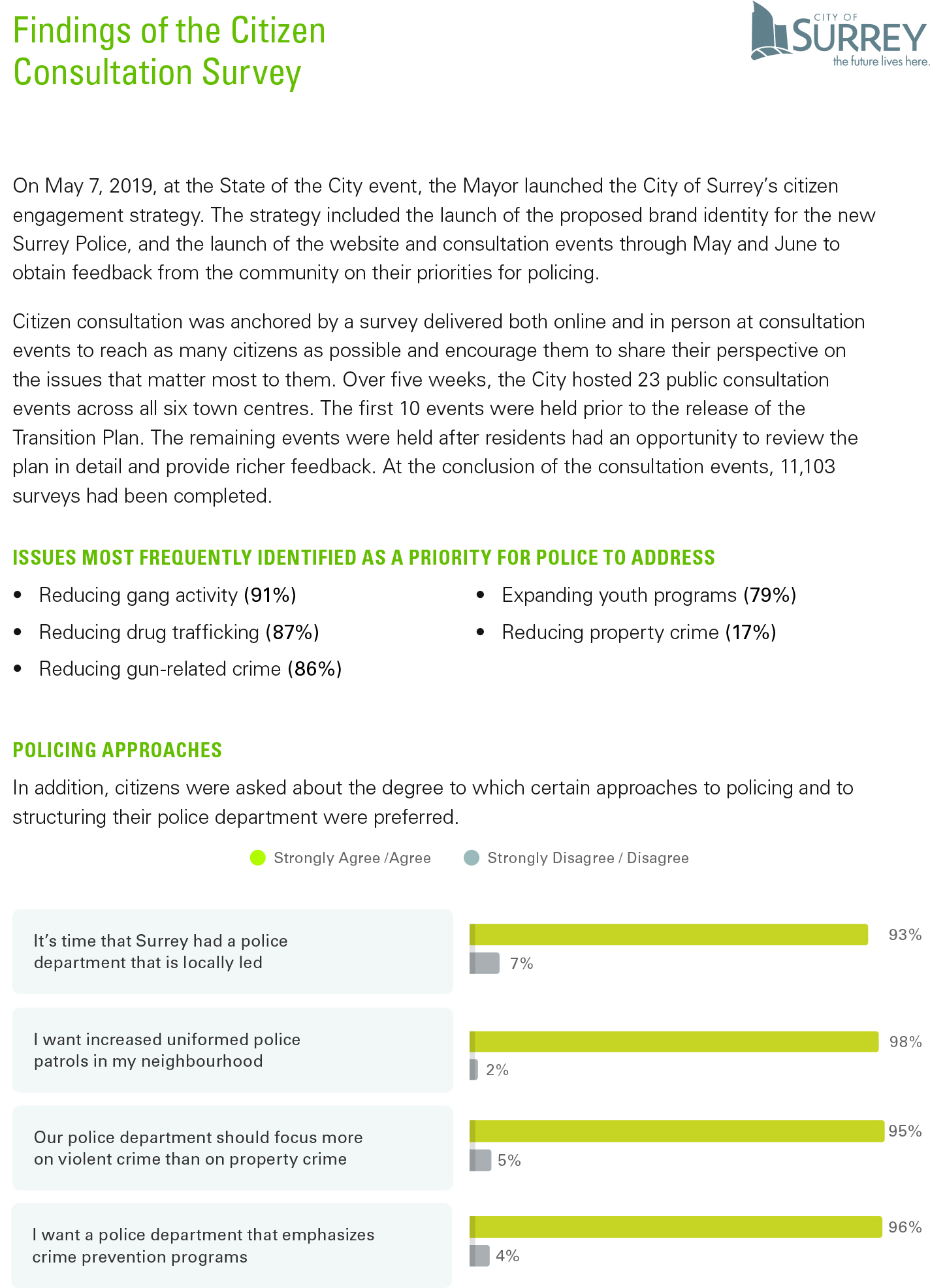 Surrey: The City of Surrey has concluded its public engagement process for the planned transition to a Surrey Police Department. Over a five-week period, 23 public engagement events were held across Surrey’s six town centres.

A total of 11,103 survey responses were received. The following are some of the key findings from the survey.

“The results of the survey responses speak volumes about the overwhelming support the citizens of Surrey have for the creation of a Surrey Police Department,” said Mayor Doug McCallum. “It is clear to me that the people of Surrey are ready for the switch to a city police department and it is my desire to deliver on their wishes. I sincerely hope the Solicitor General can render his decision soon. We have a detailed plan in place, and we are ready and eager to start work on the formation of a Surrey Police Department.” 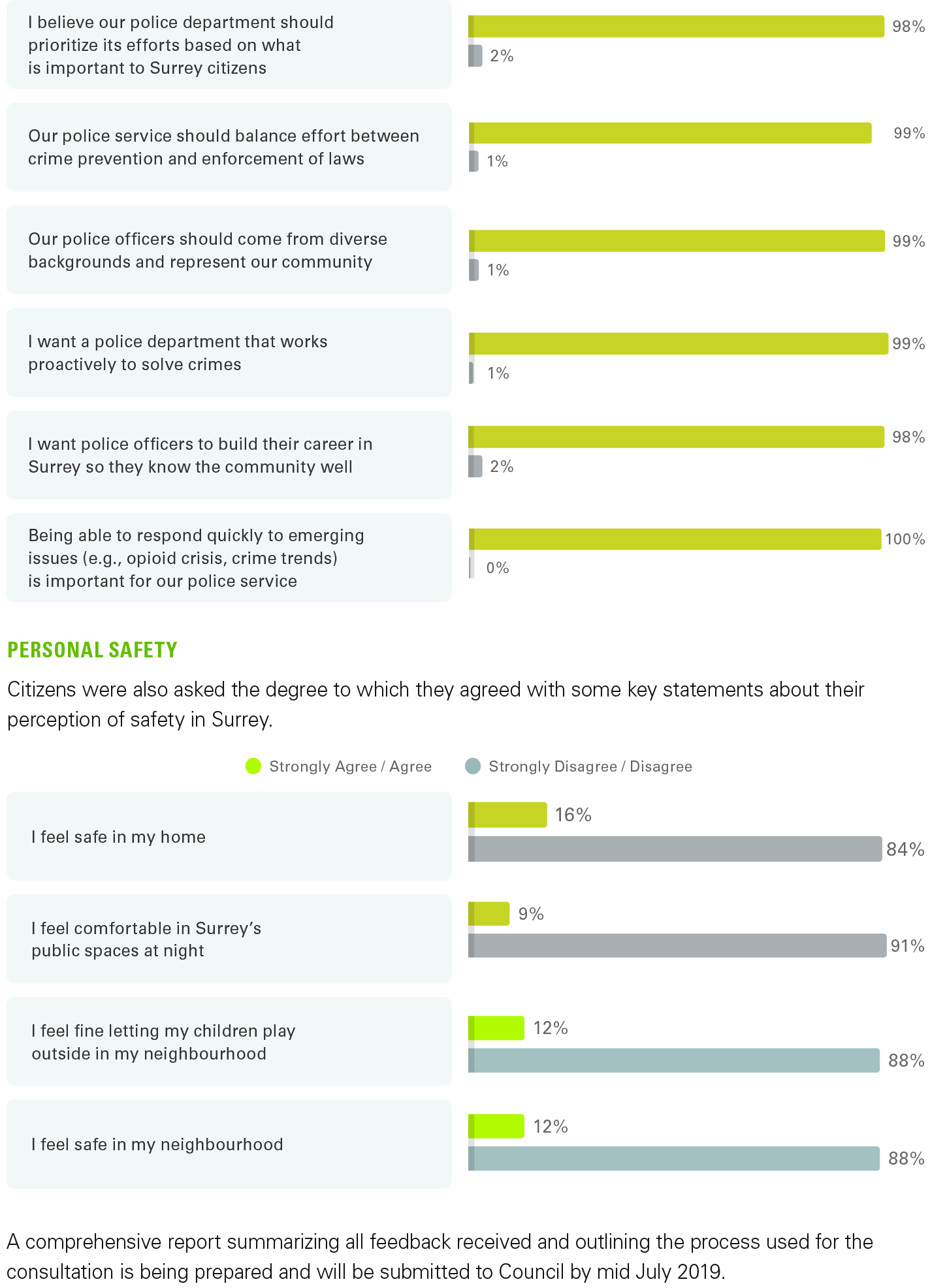