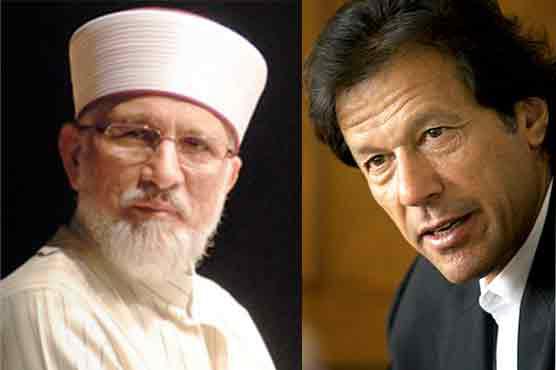 Islamabad: An anti-terrorism court in Pakistan issued arrest warrants against two opposition leaders over attacks on the state television and the parliament house. The court issued the warrants against Pakistan Tehrik-e-Insaf (PTI) chairman Imran Khan and head of the Pakistan Awami Tehrik (PAT) Tahir-ul-Qadri, Xinhua reported.

Hundreds of protesters of the PTI and the PAT stormed the Pakistan Television (PTV) building Sep 1 and stopped the transmission for 30 minutes. The PTV authorities said that attackers had also taken several cameras and other equipment.

The police have not arrested anyone so far and sources said that senior police officials will be consulted before the arrest.

The attack occurred at a time when thousands of supporters of the two parties had camped in Islamabad to push for the resignation of Prime Minister Nawaz Sharif.

Imran Khan announced Wednesday that he will hold a big public meeting in Islamabad Nov 30 to “directly challenge” the prime minister.