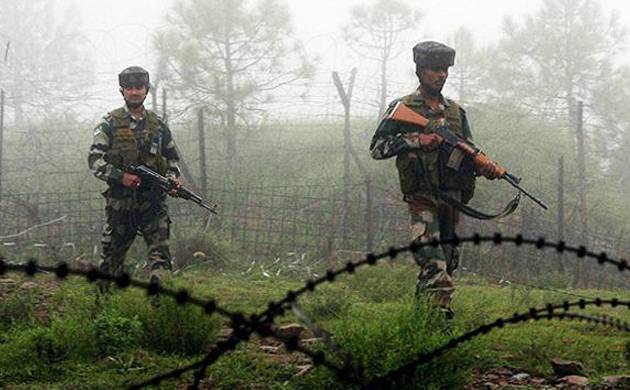 New Delhi/Jammu: The Pakistan Army on Monday killed an Indian soldier and a BSF trooper and mutilated their bodies near the Line of Control (LoC) in Jammu and Kashmir, the Indian Army said, and warned of an appropriate response to the “unsoldierly act”. Pakistan denied the charge.

Defence Minister Arun Jaitley said the Army would “react appropriately” to Pakistan’s “extreme form of barbaric act… that such acts are unheard of during war and definitely during peace times.

“The government of India strongly condemns the incident.. The country has full faith in its Army. The sacrifices of the soldiers will not go in vain.”

The Army’s Northern Command said the Pakistan Army in the morning fired rockets and mortar shells on two forward posts on the LoC — the de facto border that divides Jammu and Kashmir between the two countries — in Krishna Ghati sector of Poonch district.

The two were killed in the unprovoked firing as they were patrolling the LoC, army sources said, adding Pakistan Army men then crossed over 250 meters into Indian territory and mutilated their bodies.

“It was a pre-planed operation. They crossed over 250 metres inside and set up ambushes to carry out the attack,” an army officer told IANS.

The Udhampur-based Northern Command based said: “A BAT (Border Action Team, which generally comprises Pakistan Army personnel and its trained militants) was launched on a patrol operating in between the two posts. In an unsoldierly act by the Pakistan Army, the bodies of the two soldiers in the patrol were mutilated.

“Such despicable act of the Pakistan Army will be appropriately responded,” it warned.

The Pakistan Army denied violating the 2003 ceasefire on the LoC and mutilating the Indian soldiers’ bodies.

“Pakistan Army did not commit any ceasefire violation on LoC or a BAT action … as alleged by India. Indian blame of mutilating Indian soldiers’ bodies are also false.

“Pakistan Army is a highly professional force and shall never disrespect a soldier, even Indian.” A similar statement was issued by the Pakistani Foreign Office.

But the firing on the tense border sector continued till late Monday evening, Indian Army sources said in Jammu.

In a November incident, three Indian soldiers were killed in an ambush by the Pakistan Army and the body of one of them was mutilated.

The two countries had in 2003 agreed on a ceasefire in the border region that has been violated by sporadic firing incidents.

India has been accusing Pakistan of violating the ceasefire.

The Pakistan Army violated the ceasefire in various sectors along the LoC in Poonch on April 3, 4, 5, 8, 17 and 19. In March, there were four violations on the LoC.