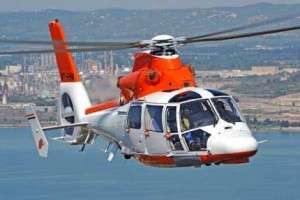 Mumbai, Nov 9 (IANS) Rescuers on Monday recovered the body of one of the two pilots who perished when their Pavan Hans Dauphin helicopter crashed into the Arabian Sea near Bombay High five days ago, an official said.
The cockpit of the chopper (AS 365 N3) with the body of one pilot was found late on Monday evening from the seabed, around 80 nautical miles from Mumbai.
The identity of the pilot has not yet been disclosed.
The wreckage of the helicopter was recovered in a few parts at a depth of 75 metres. Search for the remaining parts and the other pilot was still on. Many agencies have been working 24×7 since the crash on November 4, officials said.
The Indian Navy and Indian Coast Guard deployed ships, aircraft, choppers and conducted sonar searches to trace the pilots and the wreckage.
The Underwater Locator Beacon as well as the sonar inputs were thoroughly analysed. Diving was undertaken at various locations for the past four days.
Finally, on the input of INS Makar and MSV Fugro Mapper, diving by PSV Samudra Sevak led to the location of the helicopter wreckage, which was retrieved.