Asian Journal
Home National News PM free to reopen Constitution if he has problem with notwithstanding clause:... 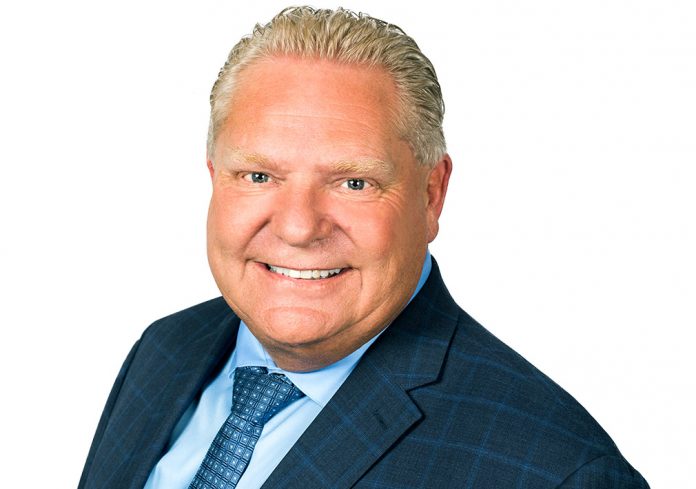 Ottawa: Ontario Premier Doug Ford raised the spectre of a fresh constitutional battle between Ottawa and the provinces on Monday even as he indicated his willingness to repeal controversial legislation that used the notwithstanding clause.
Ford made the comments during a news conference in which the Ontario leader defended his government’s right to use the clause, which lets legislatures override parts of the Canadian Charter of Rights and Freedoms for a five-year term.
The Ford government invoked the clause in back-to-work legislation passed last week that imposed a new contract on 55,000 education workers. The use of the clause sparked criticism from Prime Minister Justin Trudeau and others who accused the Ford government of trampling on workers’ rights.
Facing the prospect of mass labour disruptions, Ford announced Monday that he was willing to repeal the legislation if the union agreed to go back to the bargaining table.
The Canadian Union of Public Employees later said it would end a walkout that closed hundreds of schools for two days. Many school boards, including the Toronto District School Board, said they would reopen Tuesday for in-person learning.
But Ford insisted it is within the province’s right to use the clause, and that if Trudeau doesn’t like it, he can call a first ministers’ meeting to talk about changing to the Constitution.
“If the prime minister wants to sit down and have a constitutional conversation with all the premiers, I can assure you, all the premiers will be there to talk about the constitutional changes,” Ford said, adding: “I’d highly recommend not to.”
Trudeau and Justice Minister David Lametti have raised the alarm that provinces are using the clause pre-emptively, to prevent any constitutional challenges of legislation that strips Canadians of certain rights.
Quebec invoked it in the passage of laws related to French language rights and to ban public servants from wearing religious symbols at work.
They say they are examining options to address the pre-emptive use of the clause, but have refused to say what they’ll consider doing about it.
Following Ford’s challenge to reopen the Constitution, Trudeau said Monday Canadians are focused on more immediate challenges such as rising costs, climate change and preparing for the next pandemic.
“These are the things that are top of mind for Canadians, not reopening the Constitution,” the prime minister said.
He added: “If premiers across the country want to avoid the kind of disruption that we’ve seen in Ontario over these past few days, the answer is simple: Just don’t use the notwithstanding clause proactively.”

PM free to reopen Constitution if he has problem with notwithstanding clause: Ford