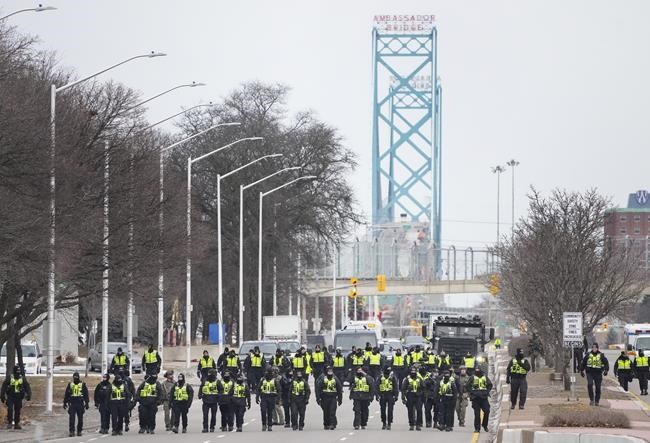 (The Canadian Press) Protesters decrying COVID-19 restrictions and the federal government itself were moved from the mouth of a crucial trade route with the United States on Sunday, while confusion reigned over whether a group stationed in Ottawa would reduce their footprint in the capital’s core.

Officers in Windsor, Ont., arrested some two dozen protesters and moved others from the busy Ambassador Bridge spanning the Detroit River, towing five vehicles on Sunday at the site where protesters brought traffic to a halt for nearly a week and barring others from arriving on scene.