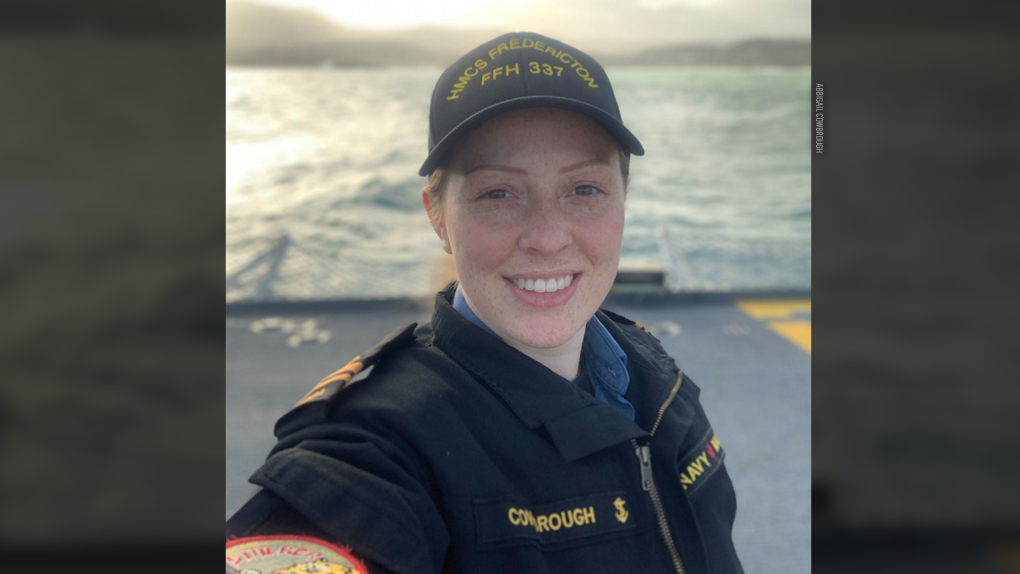 Halifax: The remains of Sub-Lt. Abbigail Cowbrough, a Royal Canadian Navy sailor killed last month in a helicopter crash off the coast of Greece, were expected to arrive in Halifax on Monday.

The Department of National Defence said a police-escorted motorcade would travel from Halifax Stanfield International Airport to the Atlantic Funeral Home in Dartmouth, N.S., starting at 6 p.m. local time.

The motorcade’s planned route includes a drive past HMC Dockyard along Valour Way, which is home to the Royal Canadian Navy’s Atlantic fleet.

Cowbrough’s family will be joined by military and civilian dignitaries.

The 23-year-old marine systems engineering officer was originally from Toronto but made her home in Dartmouth.

“We appreciate the outstanding support of our communities towards the families of our fallen and the Canadian Armed Forces,” the military said in a statement Monday.

“For those who wish to recognize Sub-Lt. Cowbrough’s return home, we ask that you join us in adhering to COVID-19 restrictions and practise physical distancing while paying respects, in addition to observing traffic rules.”

The helicopter carrying Cowbrough crashed into the Mediterranean Sea on April 29, killing all six military members aboard.

On Sunday, officials in Ontario identified the remains of Capt. Brenden Ian MacDonald of New Glasgow, N.S., a Royal Canadian Air Force pilot and the second victim to be found after the crash.

“The CAF community expresses its deepest condolences to the families, friends and colleagues of all our six members,” the Defence Department said in a statement on the weekend. “We hope that they can find some comfort in knowing that we are all grieving with them.”

The crash of the CH-148 Cyclone helicopter, the cause of which remains under investigation, represents the largest loss of life in one day for the Canadian Armed Forces since six Canadian soldiers were killed in a roadside bombing in Afghanistan on Easter Sunday 2007.

The relatively new maritime helicopter was deployed aboard the Halifax-based frigate HMCS Fredericton as part of a NATO mission patrolling the Mediterranean and Black seas. The military says the aircraft was returning to the ship after a training exercise when it hit the water.

The depth of the water at the crash site is about 3,000 metres.

Military statements, and chief of the defence staff Gen. Jonathan Vance himself, first said the ship had “lost contact” with the helicopter, though the Forces later acknowledged that crew aboard the warship saw it crash into the water.

The helicopter’s flight-data and cockpit voice recorders, which floated free of the wreckage, are being examined in Canada.

The Defence Department says a team that includes social workers and military chaplains has been deployed to Italy to provide mental health support to Fredericton’s crew, who have been allowed to communicate with loved ones back home.

By Michael MacDonald
The Canadian Press