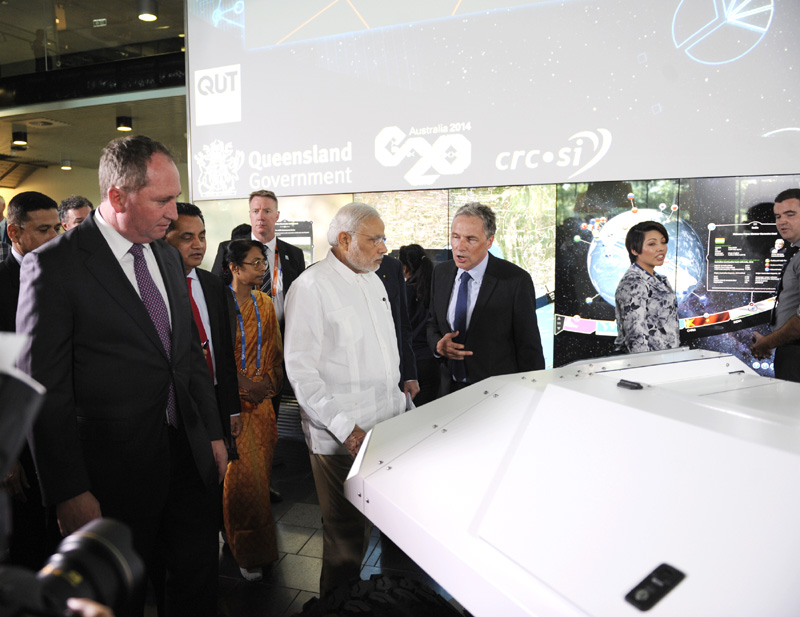 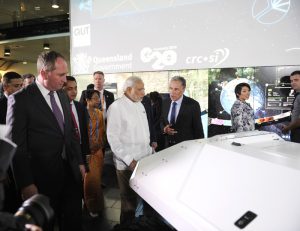 London: From international pariah to the G20’s political rock star – is how The Guardian has described Prime Minister Narendra Modi, calling him “one of the most popular figures at this G20. A leader others want to see, and be seen with”.

“Ostracised after the Godhra riots of 2002, the newly PM of the world’s largest democracy is the man other leaders are seeking out this week,” the British daily says in an article published Friday.

It says that Modi, who became prime minister of India May 26 riding on the back of a massive mandate, was an international political pariah for a decade.

“Modi was ostracised for his actions, or inactions, during the Godhra riots, sectarian violence that roiled across his state for a month in 2002 in which 1,000 or more people, largely Muslim, died,” it says touching on the US denying him a visa and the Western diplomatic boycott.

“As a neophyte chief minister, he was accused of allowing the riots to rage, even of actively fomenting the violence of Hindu vigilantes. Modi has always denied the allegations and none have ever been proven against him.

“Once the outcast, Modi arrived at the G20 on Friday as the political rock star of the summit. As the newly minted prime minister of the largest democracy the world has ever known, the 64-year-old is the man the other leaders are seeking out this week,” The Guardian writes.

It further adds: “Across three countries, Modi will meet the leaders of 40 countries during his 10 days out of India — at Apec, the east Asia summit and the G20.”

Modi did not attend the Apec in Beijing, though he was reportedly invited to by Chinese President XI Jinping, and preferred to attend the ASEAN-India instead.

“India’s political Lazarus is also one of the country’s most unlikely prime ministers. In a country of caste hierarchy and established social privilege, low-born Modi has risen, literally, from chaiwallah — a roadside tea vendor — to the most powerful man in the land. Famously ascetic, teetotal and vegetarian, he meditates, practises yoga and shuns the trappings of office.

“Modi has cast himself as a self-made man, an aam admi — common man — in a country where privilege is keenly felt and tightly held. His political opponents, the Congress party, initially used his humble beginnings as a political weapon against him, deriding him as ‘the tea boy’,” The Guardian says.

“Modi embraced the epithet. He cast himself the friend of the poor and endeared himself to an aspirational, Hindustan heartland disenchanted by a corrupt and self-interested political class.”

It says that “in office, Modi has been careful to cultivate that connection to his Hindu nationalist heartland. He speaks excellent English but is reluctant to. Instead he almost always chooses Hindi, the north Indian vernacular”.

According to the influential English daily, Modi’s choice of the people’s tongue “is another subtle but carefully engineered signal to his base that he is one of them and not above them”.

Referring to his “Clean India Mission” The Guardian says: “Yet his cleanup hasn’t entirely succeeded. Twenty of Modi’s ministers — almost a third of his 66-member cabinet — now face criminal charges, including attempted murder, rape, waging war on the state, criminal intimidation and fraud. And there remain serious concerns about his style of governance”.

It says Modi’s economic success story in Gujarat “could not mask the accusations that he was totalitarian and dictatorial, however, he could crush any political opposition, inside his party and out”.

It referred to a criminal complaint filed Friday by the American Justice Center with the commonwealth director of public prosecution, alleging Modi was guilty of crimes against humanity and genocide.

“The complaint will, almost certainly, not amount to a prosecution. But controversy will attend his every move in Australia.”

The daily says that the Australian government “judged the political wind on Modi earlier than most countries” and “remained one of his few friends in the west” during his diplomatic isolation.

“He visited in 2004 and was always carefully cultivated as an ally. He is now repaying that faith.”

“Other countries, sensing Modi’s imminent victory and accepting it when it happened, have since taken the realpolitikal option and dropped their opposition to him,” The Guardian adds.

“Whatever may have occurred at Godhra, Modi is the legitimate, democratically elected prime minister of India and a hugely powerful leader on the world stage. He is the man with whom other leaders must deal when they come to India, the man who will likely rule the emerging economic giant for a decade,” it says.