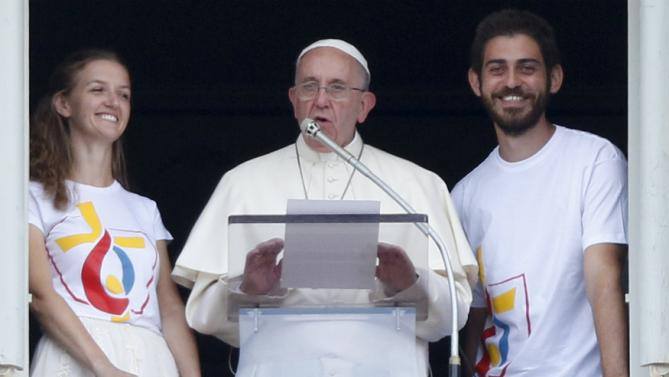 Vatican City, July 28 (IANS/AKI) Young people should not fear wedlock and Jesus protects couples who keep the faith, Pope Francis told Catholics on Tuesday.
“Dear young friends, do not be afraid of marriage: Christ accompanies with his grace all spouses who remain united to him,” Francis wrote on his Twitter account, which has over 22 million followers.
At his general audience in Rome’s St Peter’s Square on May 27, Francis recommended couples attend a course to prepare them for marriage.
“The Church in its wisdom makes a distinction between being going steady and being husband and wife: it is not the same thing,” he told more than 30,000 pilgrims.
Young couples need help in making this “delicate and serious transition”, the pontiff said, especially given “a thousand psychological and practical obstacles” that are often placed in their path.
–IANS/AKI