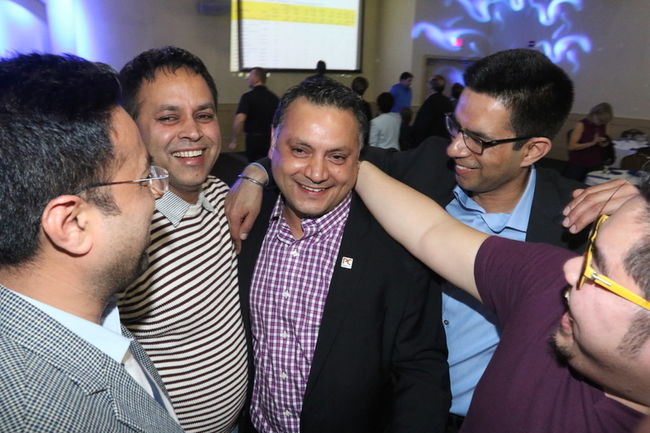 Toronto, March 23 (IANS) Yet another Indian-Canadian has been elected as a lawmaker in Canada — this time in Alberta.

Prabhjeet (Prab) Gill of the Progressive Conservative Party has won the bye-election to the Calgary-Greenway constituency in Alberta.

The seat fell vacant after the untimely death of former Alberta cabinet minister Manmeet Bhullar, 35, in a road accident in November last year.

The 41-year-old Gill defeated fellow Indian-Canadian Devinder Toor of the Wildrose Party by garnering 27.73 percent of the vote as against 23.68 percent for Toor.

Roop Rai of the ruling New Democratic Party (NDP), which was voted to power just last year with a big majority, came fourth with just 20.17 percent of the vote.

Gill is a real estate appraiser by profession.

Paying tributes to his predecessor Manmeet Bhullar, who was considered the most promising Indian-Canadian politician, Gill said: “He (Bhullar) was just on a different level. But I know what his vision was, I know where he wanted the community to go.”