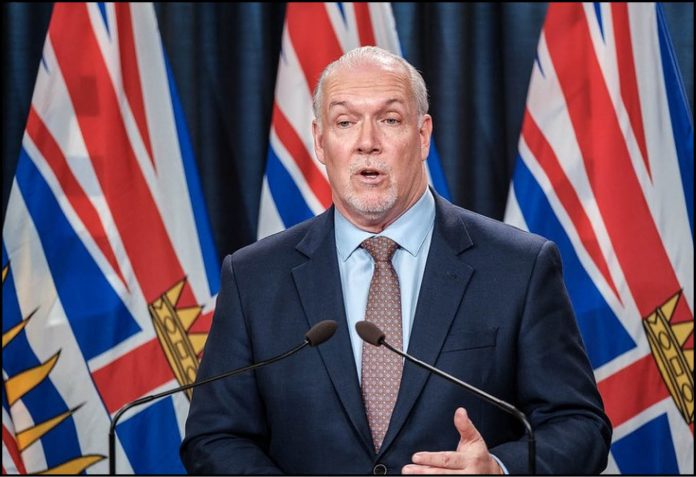 Premier John Horgan has issued the following statement to mark the five-year anniversary of forming a government that puts people first:
“When our government was sworn in five years ago today, we committed to putting people at the centre of everything we did. We said that we would work hard every day to make life better and more affordable for British Columbians. While we have faced unprecedented challenges we could never have imagined then, I am proud of the progress we have made and the results we have delivered.
“From Day 1, we’ve made different choices. We put people first. We rolled up our sleeves and took on the biggest problems – problems that were years in the making.
“We immediately set out to clean up politics by taking big money out of campaigns and introducing tough new lobbying rules. Instead of handing tax breaks to the wealthiest few, we asked the top 2% to pay their fair share so we could invest in the services and supports families rely on.
“Across the province, we have built schools and hospitals that people need. We have made child care more available and more affordable. We cracked down on real-estate speculation and got to work building thousands of homes people can afford. And we have helped bring down costs for families by eliminating MSP premiums and slashing ICBC rates.
“British Columbia is now an internationally recognized leader in fighting climate change, with North America’s most progressive plan to reduce emissions. In B.C., we are now developing our resources more responsibly and protecting our natural spaces in partnership with First Nations, as the first province in Canada to enshrine the UN Declaration on the Rights of Indigenous Peoples into law.
“When a global pandemic hit, we responded by supporting British Columbians. We acted quickly to help keep people working, protect those who lost their jobs and provide a lifeline to small businesses. And when wildfires and flooding devastated communities, we were guided by the same values – providing help to people on the ground and working to reopen highways in record time.
“Putting people first has helped us build the strongest economic recovery in the country. Today, more people in B.C. are working than when COVID-19 first struck. Wages continue to rise, and child poverty has been cut by more than 50% from 2016 levels. When people go to work, they are better protected with five days of paid sick leave, the highest minimum wage among all provinces and fewer barriers to joining a union.
“We have accomplished a lot for people in just five years, but there is still more to do. After the challenges we have faced in the past few years, many people are exhausted and feeling squeezed. They are worried about rising inflation and access to primary health care. In the months to come, our government will continue to take concrete action to support people, strengthen public services and make life easier for families. We will also keep pushing the federal government to fund its fair share of health-care costs so we can improve our cherished public system and make sure people get the best care possible in their time of need.
“I have never been more optimistic about the future of our province. We have been through a lot together. But we have shown that we can overcome anything if we look out for each other and work with a common purpose. I know our whole government will keep the focus on helping people so we can continue to build a better and stronger B.C. – one that works for everyone and leaves no one behind.”