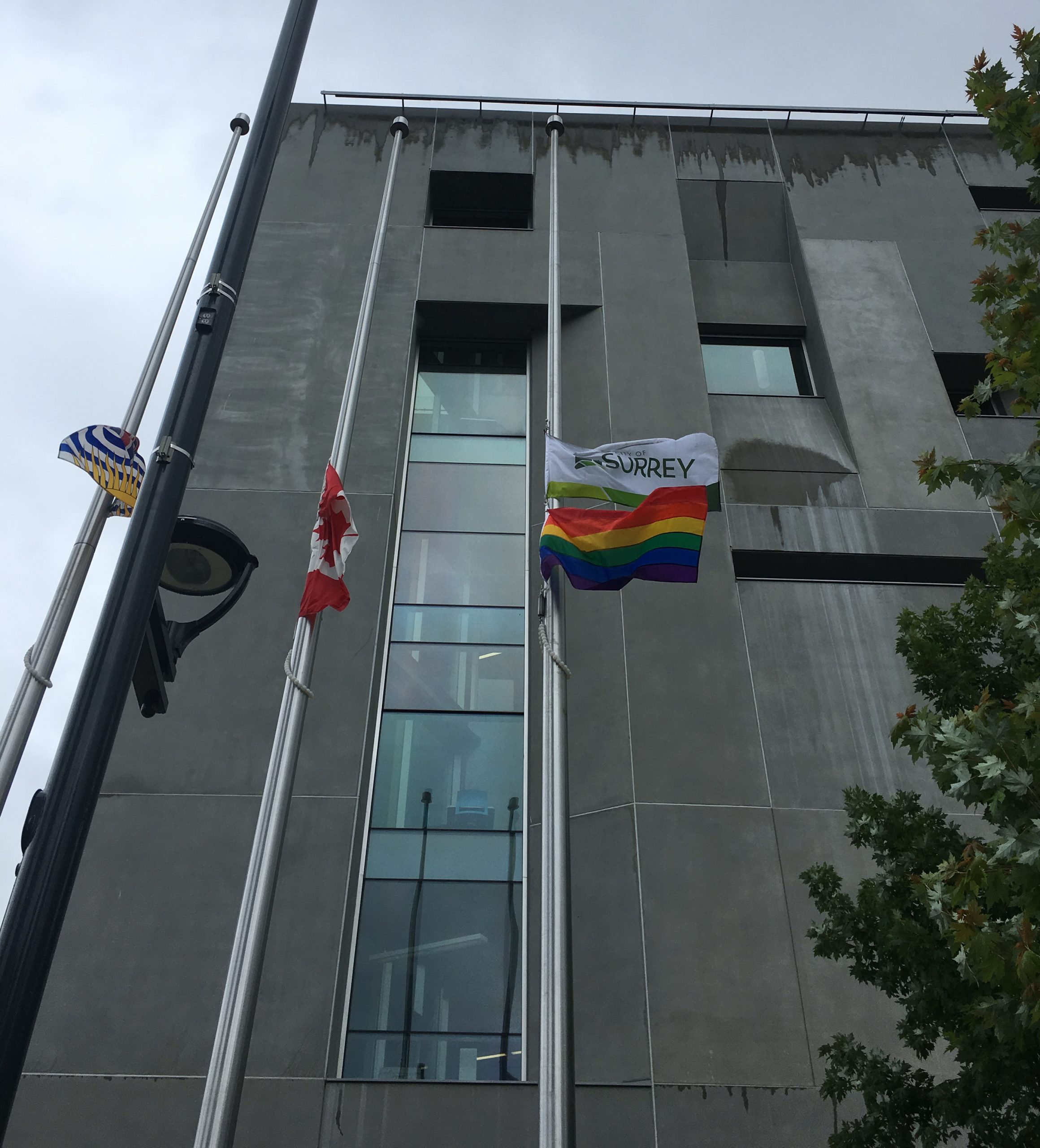 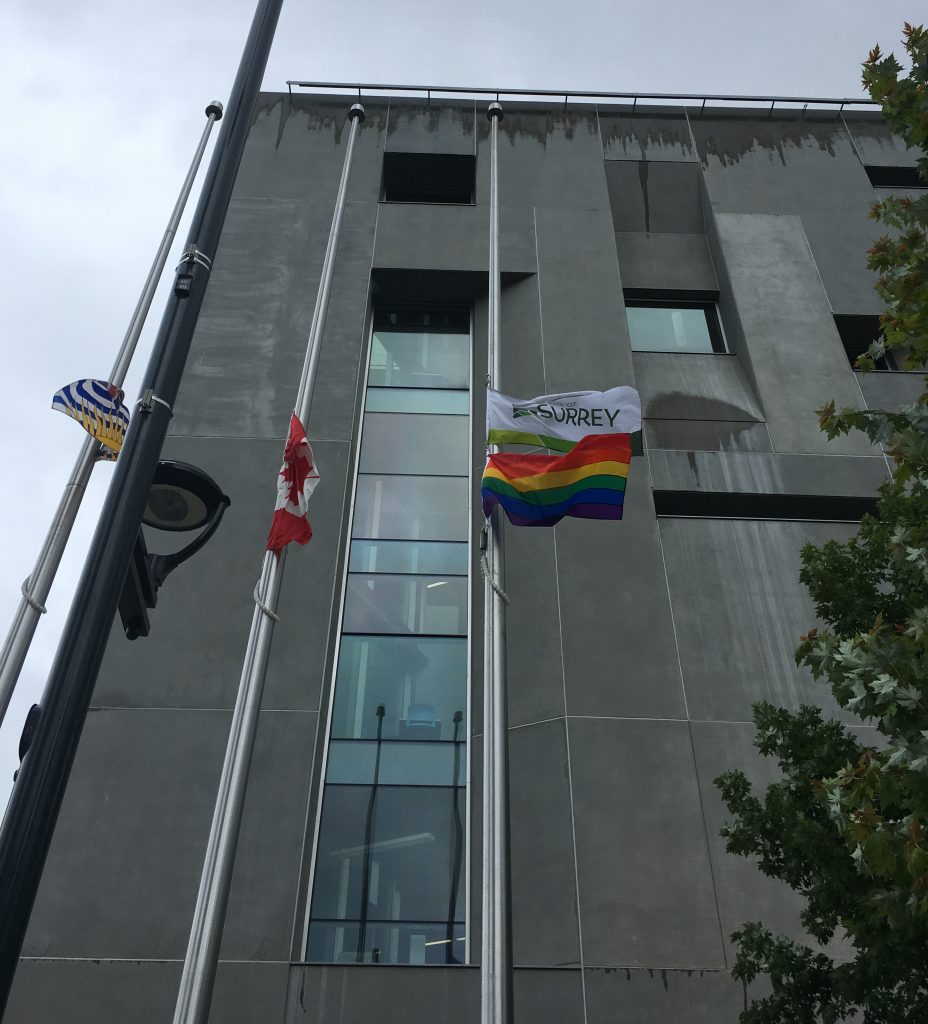 Surrey:  At last night’s regular council meeting, Surrey City Council unanimously approved a motion to fly the Pride Flag at Surrey City Hall in solidarity, sympathy and support for the members of the LGBTQ community following the mass shooting in Orlando, Florida.

“Under these extraordinary and trying circumstances, Surrey stands with the people of Orlando and the rest of the civilized world in condemning this heinous act of hate and terror,” said Mayor Linda Hepner. “Our heartfelt thoughts and prayers go out to the families and all who have been affected by this senseless tragedy.”

In addition, the rainbow colours of the Pride Flag illuminate the Plaza outside City Hall in support of the LGBTQ community.

“Flying the Pride Flag is an act of solidarity in condemning this cold blooded attack. We will not be cowed by this extreme act of hate and violence,” said Councillor Vera Lefranc, who tabled the motion at yesterday’s Council meeting. “To show our support of the LGBTQ community, the Pride Flag will be flown at Surrey City Hall until June 26th to coincide with the Surrey Pride Festival.”