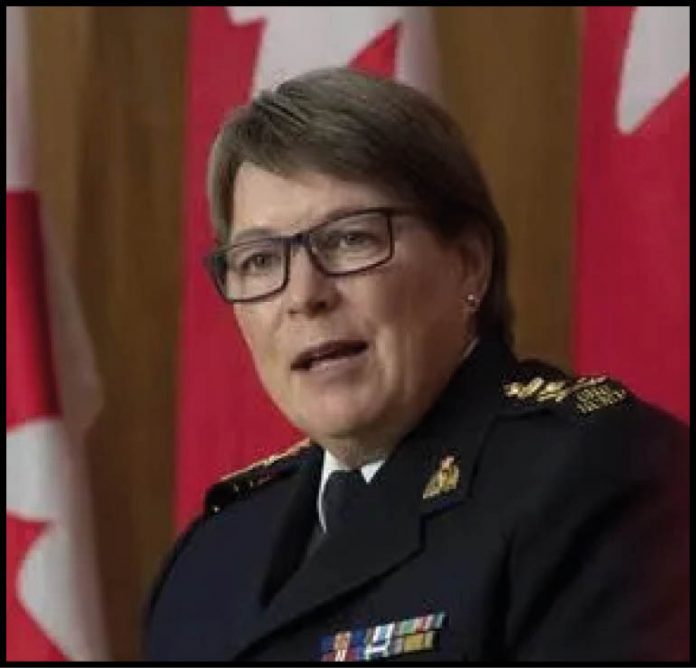 Ottawa: Prime Minister Justin Trudeau expressed confidence in RCMP Commissioner Brenda Lucki Thursday but left it to her to defend allegations she put undue pressure on Nova Scotia RCMP to release details about the shooting spree that killed 22 people in April 2020.
A report published Tuesday by the public inquiry into the massacre included handwritten notes from an RCMP superintendent alleging that 10 days after the tragedy Lucki met with Nova Scotia RCMP and expressed disappointment that the types of weapons used had not yet been made public.
The notes say Lucki told those present she had promised the federal Public Safety Department and the Prime Minister’s Office that information on the guns used by the shooter would be released because it was “tied to pending gun control legislation.’’
Emergency Preparedness Minister Bill Blair, who was the public safety minister at the time of the shootings, said Wednesday Lucki had made no such promise to
him.
A separate entry quotes a communications director alleging Trudeau and Blair’s office were “weighing in’’ on what the RCMP could and couldn’t say during media briefings following the shootings.
Trudeau said the government did not “put any undue influence or pressure’’ on the RCMP in Nova Scotia.
In a written statement issued Tuesday night, Lucki said she did not interfere in the investigation but that she regretted how she handled the meeting on April 28, 2020. She said the meeting was about the flow of information to both RCMP headquarters and to the public.
“It was a tense discussion, and I regret the way I approached the meeting and the impact it had on those in attendance,’’ she said. “My need for information should have been better weighed against the seriousness of the circumstances they were experiencing.’’
Trudeau, who is in Kigali, Rwanda, attending a Commonwealth leaders’ summit this week, was asked by reporters if he felt her actions at that meeting were appropriate.
“The commissioner spoke to this in her statement,’’ he said. “We continue to have support, have confidence in the
commissioner.’’
Trudeau said it is up to police to decide what information should be released.
“I will highlight, however, that when the worst mass shooting in Canada’s history happened we had a lot of questions,’’ he said.

Canadian MPs to get panic buttons as threats increase