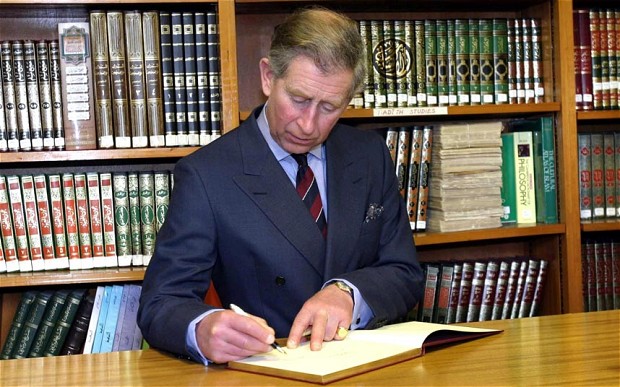 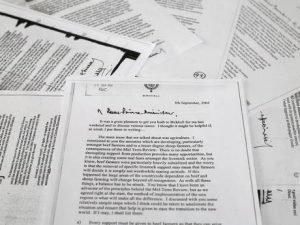 London, May 13 (IANS) A batch of private letters sent by Britain’s Prince Charles to former Labour prime minister Tony Blair and other ministers were published on Wednesday, sparking public scrutiny over whether the heir to the British throne had interfered with government policy-making.

The letters, called “black spider memos” because of Prince Charles’ distinct handwriting, were published on the website of British Cabinet Office, Xinhua reported.

In those published letters, Charles showed his concerns on a range of issues, including school nutrition, summer schools, beef farming, reforms of the European Union’s Common Agriculture Policy, problems affecting workers in the dairy sector and resources available for armed forces, among others.

Those letters were written between 2004 and 2005, when Tony Blair was the prime minister of Britain.

Previous reports of the Guardian daily said the then government ministers, including those responsible for business, innovation and skills, health, children, schools and families, environment, food and rural affairs, culture, media and sport, the Northern Ireland Office and the Cabinet Office, were among the correspondents.

Prince Charles also wrote ministers, inviting them to attend a conference on architecture to give them a perspective on “vital aspects” of urban design, raising concerns over the sea birds and illegal fishing, as well as rebuilding historic buildings in Northern Ireland, according to the published letters.

He also wrote to then prime minister Tony Blair in September 2004, expressing concern over difficulties faced by the military in Iraq. “The aim of the ministry of defence and the Air Army Corps to deploy this equipment globally is, however, being frustrated by the poor performance of the existing Lynx aircraft in high temperatures,” he said in one of those letters.

“Despite this, the procurement of a new aircraft to replace the Lynx is subject to further delays and uncertainty due to significant pressure on the defence budget,” the letter read.

Just hours before the publication, British government indicated the publication would risk undermining Prince Charles’ position of political neutrality, which he could not easily recover once crowned.

A spokesperson of Clarence House, the official London residence of the prince, said in a statement that “the correspondence published by the government today shows the range of The Prince of Wales’ concerns and interests for this country and the wider world.

“The Prince of Wales cares deeply about this country, and tries to use his unique position to help others. He has devoted most of his working life to helping individuals and organisations, to make a difference for the better of this country and the world.”

“Nonetheless, the Prince of Wales believes, as have successive governments, that he should have a right to communicate privately. The publication of private letters can only inhibit his ability to express the concerns and suggestions which have been put to him in the course of his travels and meetings,” the statement said.