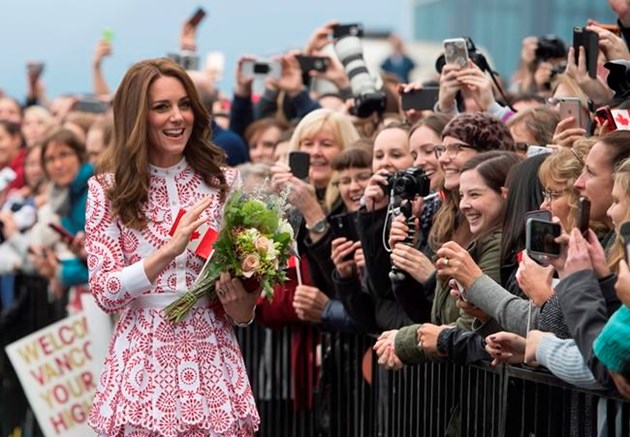 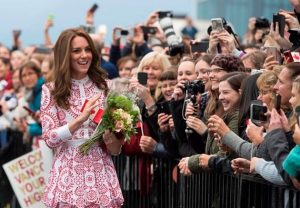 Bella Bella: Prince William spoke today about the need to protect the environment as he dedicated a British Columbia rainforest to an initiative started by the Queen to create a network of conservation programs across the Commonwealth.

The Duke and Duchess of Cambridge visited the Great Bear Rainforest on B.C.’s central coast on a day when their itinerary was blown apart by the weather.

Plans to show off the area around Bella Bella were scuttled by high winds, choppy water and pouring rain as a float plane tour of the forest and boat tour of the Bella Bella Harbour were cancelled.

The royal couple were in the area to experience indigenous culture in the small First Nation community and officially pronounce the Great Bear Rainforest part of the Queen’s Commonwealth Canopy.

The initiative was launched last year to create a network of forest conservation programs involving all 53 countries in the Commonwealth.

As part of the network, regions can share ideas and innovations about forest conservation and receive global attention for their efforts.

Early this year, the province and the Coastal First Nations including the Heiltsuk announced they would increase protection of the area, conserving 85 per cent of the forested areas from industrial logging.

William lauded the effort to protect the area as an example of what connects Commonwealth countries as they share the benefits of Canada’s knowledge and expertise in managing the forest.

“This is a substantial dedication, which will highlight a more collaborative approach to sustainable forest conservation,” he said.

“The establishment of the canopy is a loud and unambiguous statement that the citizens of all Commonwealth countries believe that nature is fundamental to the health of our societies. When we protect our rivers, oceans, atmospheres, or like today our forests, we are telling our children that their future prosperity cannot be disconnected from the health of the natural world.”

B.C. Premier Christy Clark announced Monday that a $1-million trust will be created to celebrate the royal visit and promote the unique landscape. The fund will help raise awareness about the Great Bear Rainforest and support ongoing research.

Clark said the protected area of 6.4-million hectares is about the size of Ireland and it took about a decade to reach an agreement on its management.

“It was a long, hard negotiation but we all recognize we have a unique responsibility to preserve this jewel for the world,” she added.

Heiltsuk First Nation Chief Marilyn Slett said William and Kate’s focus on youth during their tour of B.C. ties in with plans for the rainforest.

“While the canopy designation recognizes the work we did around land-use planning, the interconnection between our lands and our waters cannot be understated,” she said. “The Heiltsuk do this work because our children’s … futures depend on it.”