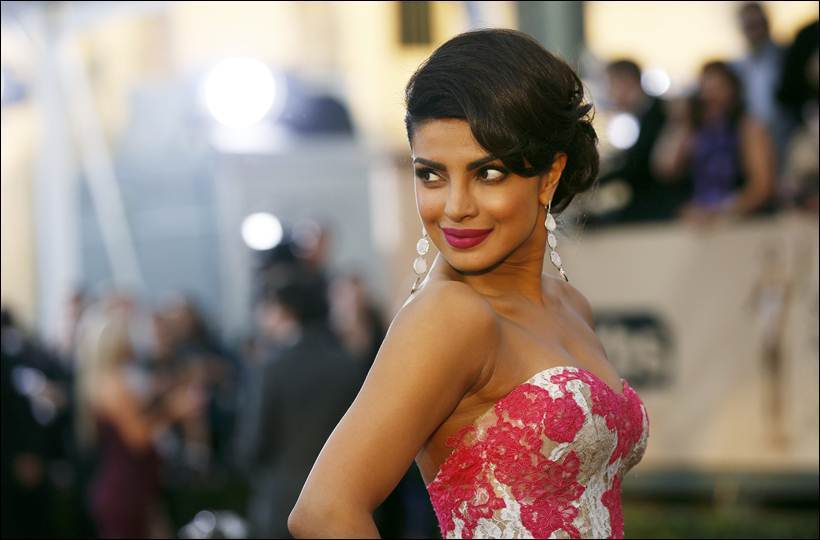 Los Angeles, Feb 2 (IANS) Bollywood actress Priyanka Chopra will be among the star presenters at the 88th Academy Awards, where stars like Julianne Moore, Reese Witherspoon and Whoopi Goldberg will also take to the stage later this month. She’s expecting it to be an “insane night”.

The former Miss World, who has garnered international fame for her lead role as Alex Parrish in American TV series “Quantico”, is one amongst the many global names who will be a presenter at the much coveted awards ceremony, watched by people across the globe.

“Looking forward @TheAcademy!! This will be an insaaaane night!” Priyanka tweeted on Monday night.

This year, the event, where India has no nomination, is to be held on February 28.

Priyanka, 33, was also a presenter at the 22nd Screen Actors Guild (SAG) Awards here and dazzled on the stage in a pink lace mesh gown. Now all eyes will be on what she chooses to wear for the Oscar ceremony.

Her friends in the film industry have congratulated her on being chosen as a presenter at the Oscars.

Currently riding on the success of Sanjay Leela Bhansali’s magnum opus “Bajirao Mastani” and a Padma Shri honour that the Indian government has decided to decorate her with, Priyanka is also the first Bollywood personality to be feted with the People’s Choice Award in January this year for her international acting debut as FBI agent Alex Parrish in “Quantico”.