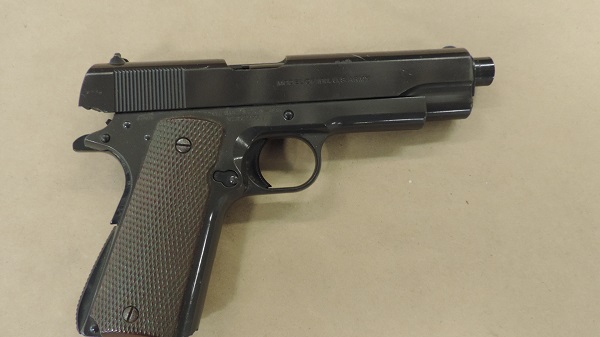 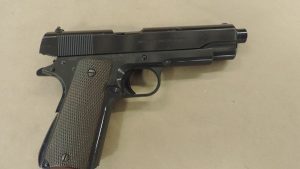 Langley: Two sawed-off shot guns, ammunition, body armour, and an airsoft replica pistol have been taken off the street after the arrest of a man who was allegedly found in possession of a stolen truck in Langley.

On July 24, the Surrey RCMP’s Property Crime Target Team (PCTT) were conducting pro-active patrols associated to an ongoing Surrey property crime investigation. Officers located a silver Ford F350 with an inactive BC license plate and confirmed the truck was stolen. The vehicle was being driven by a lone male who was arrested without incident at a gas station in the 21600 block of Langley. The driver, a 33-year-old man, was wearing body armour and a shoulder holster with an airsoft pistol secured in the holster at the time of his arrest. Investigators also located two sawed-off shotguns and 65 rounds of shotgun ammunition inside the vehicle.

Thirty-three-year-old Tintin Lawrence of Langley, is now facing 9 charges under the Criminal Code and Body Armour Control Act including:

Anyone with information about this incident is asked to please call the Surrey RCMP at 604-599-0502, or contact Crime Stoppers if you wish to remain anonymous, at 1-800-222-8477 or www.solvecrime.ca