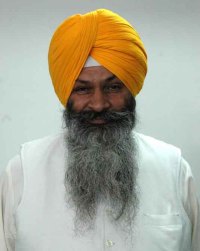 Chandigarh: Punjab’s former Akali Minister Sucha Singh Langah was booked on Friday on charges of rape, extortion and cheating on a complaint by a woman employee of the state police, police said.

Langah termed it “political vendetta” and “premeditated”, just before the Gurdaspur Lok Sabha seat bypoll on October 11 and said he will surrender on Saturday in a court.

Langah, who was President of the Shiromani Akali Dal’s Gurdaspur district unit, was booked under Sections 376 (rape), 384 (extortion), 420 (cheating) and 506 (criminal intimidation) of the Indian Penal Code. The case was filed against Langah at the Gurdaspur City police station after the woman, a widow, complained that he had been raping her since 2009.

The woman said that she was the classmate of Langah’s daughter in college but the minister continued to sexually exploit her.

Police sources said the woman attached a video clipping along with her police complaint to substantiate her claim. She alleged that Langah cheated her by selling her properties and extorted money from her.

No arrest had been made till the time of filing of this report.

Within hours of registration of a case against him, the Akali leader said it was “a classic example of political vendetta perpetuated at the most political opportune moment when by-election to the Gurdaspur parliamentary constituency is nearing”.

“The district police is hell bent on framing me in false cases to please political bosses. The complainant is an employee of Punjab Police. On the most bizarre and unbelievable allegations, in tearing haste, the FIR was registered within a few hours.

“The complaint itself was made to the SSP yesterday (Thursday). Enquiry marked, conducted within hours, and a report submitted. Even the opinion sought and given within a matter of minutes and in the wee hours of today (Friday) the false FIR has been registered,” Langah said.

He alleged that the registration of the case was “premeditated and stage-managed with a desperate attempt to try and win the coming by-election”.

Langah, who was a core committee member of the Akali Dal, said he had resigned from all party posts and from the membership of Shiromani Gurdwara Parbandhak Committee (SGPC).

“I have full faith in judiciary. Therefore, I am submitting to the process of law by surrendering in the court tomorrow (Saturday). I have firm belief that truth will come out and justice will be done to me,” the former Minister said.

“I have accordingly accepted the same,” Badal added.

Gurdaspur Senior Superintendent of Police Harcharan Singh Bhullar said an inquiry was marked into the complaint following which the ex-Minister was booked.

The Bharatiya Janata Party, an alliance partner of the Shiromani Akali Dal, is trying to retain the Gurdaspur Lok Sabha seat that fell vacant following the death of veteran actor and sitting MP Vinod Khanna in April.

Punjab’s ruling Congress is trying to give a tough fight to the BJP in the bypoll.