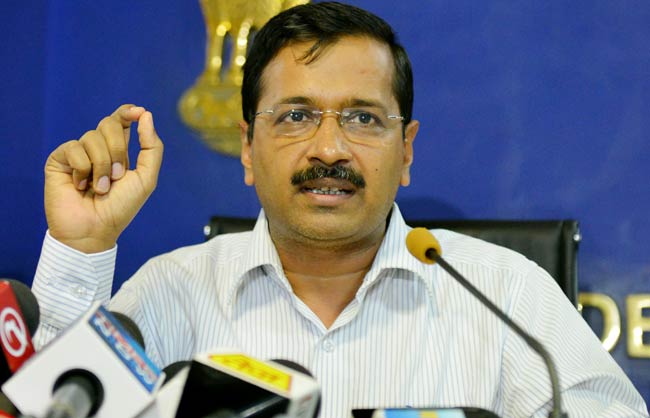 Patiala: Delhi Chief Minister Arvind Kejriwal made it clear on Wednesday that the next Chief Minister of Punjab will be from the state if the AAP wins the assembly election.“Of course, the next Chief Minister of Punjab will be from Punjab,” the Aam Aadmi Party leader told a rally here, 80 km from Chandigarh. “Will he be from Pakistan then? Will he be from London?”The clarification came after Delhi Deputy Chief Minister Manish Sisodia on Tuesday said that the people of Punjab should vote for the AAP “thinking Kejriwal will be the next Chief Minister”.Sisodia’s remark triggered a storm, with the Shiromani Akali Dal and the Congress alleging that it exposed the AAP hidden desire to hoist Kejriwal on Punjab.Kejriwal told the rally that he was committed to serving the people of Delhi where he took power in February 2015 with a sweeping electoral win.“I am the Chief Minister of Delhi. I have to fulfil my responsibilities in Delhi. I cannot become the Chief Minister of Punjab.”But Kejriwal underlined that he was at the heart of the AAP’s bid for power in the February 4 assembly election and was responsible for each and every promise the party was making to the electorate.“Whosoever becomes the Punjab Chief Minister (from AAP), it will be my responsibility that all promises made to the people are fulfilled,” he said.He alleged that Sisodia’s remark had unsettled the Congress and Akali Dal leaders.Kejriwal also hinted at an AAP victory in the state, saying: “A miracle is taking place in Punjab… There is a great atmosphere in Punjab.”The AAP is contesting assembly elections both in Punjab and Goa.