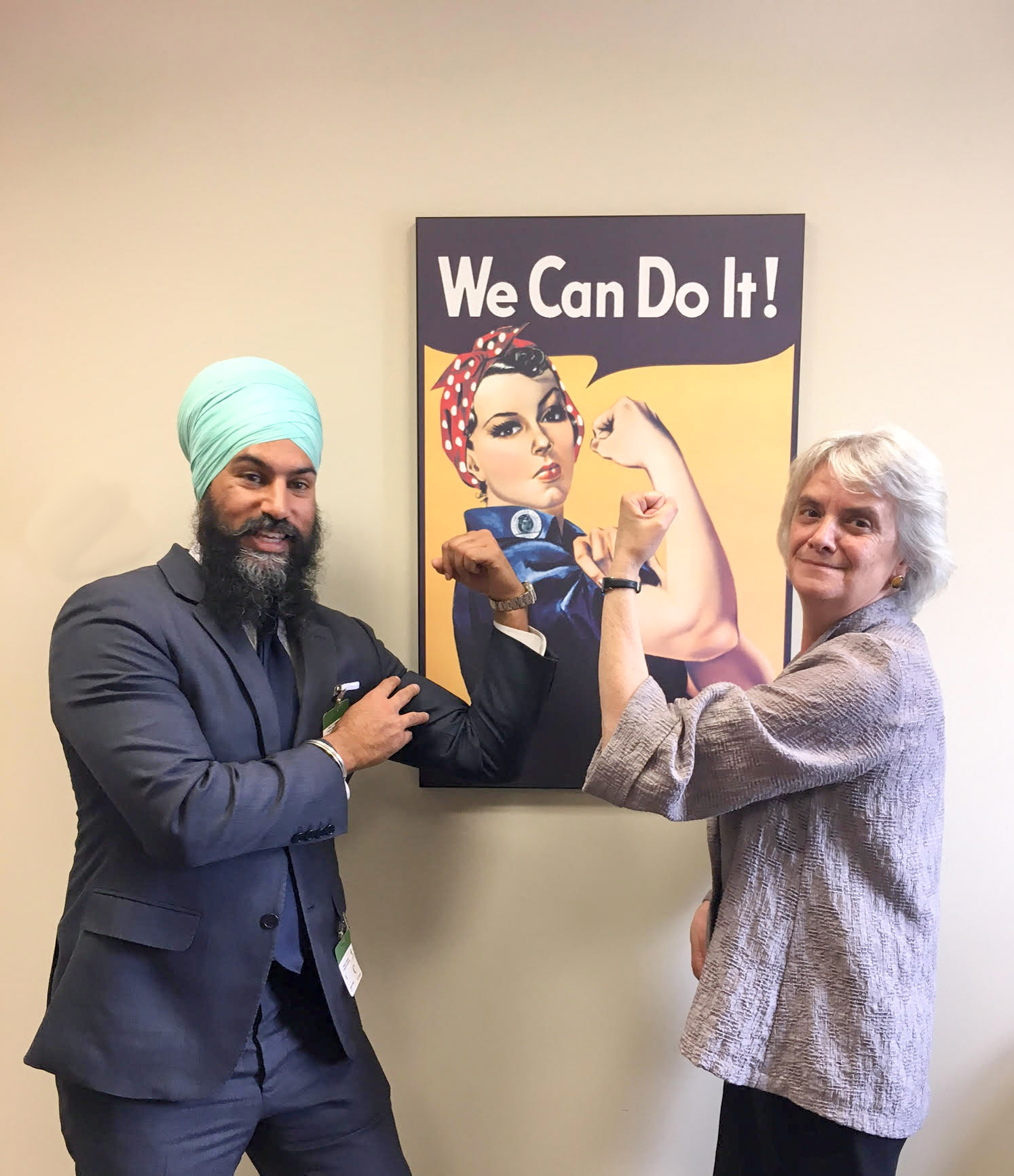 “I am very pleased today to announce that I am supporting Jagmeet Singh for leader of Canada’s NDP,” said Laverdière, “Jagmeet’s commitment to equality and justice and his empathetic, open, and attentive leadership style convinced me that he is the future of our party. I find his tremendous respect for others, for their opinions, and his willingness to listen inspiring. It’s reminiscent of Jack and is exactly the type of leadership we need for our party.”

As a Quebec Member of Parliament, Laverdière knows that Jagmeet will find support in Quebec.  “While it is true that the relationship that we, in Québec, have with religion is complex and unique in Canada, I know that Jagmeet will be able to overcome any challenge that it presents as people get to know him and realize how much his values and vision resemble ours,” she says. “Jagmeet’s commitment to Québec’s values of social justice and equality will win over hearts and minds. His openness, his humility, and his desire to learn more about Québec are among the reasons I support him.”

“In 2015, our Party suffered from a certain shyness. Jagmeet offers an ambitious and positive vision for our future that will attract a lot of people to the NDP to help us form government in 2019,” she adds. “Jagmeet’s vision for Canada is a New Democratic vision for our country and I appreciate how his climate change plan has real teeth. He is an exceptional candidate and I am proud to support him.”

MP Laverdière believes that Jagmeet Singh embodies a new voice and a new image on the federal scene that will generate a lot of enthusiasm, especially among youth: “With him as our leader, the NDP will be able to renew itself and reach out to a new base of Canadians and create space for the next generation of organizers,” she concluded.