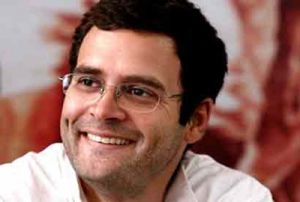 Manama: After Bahrain, Congress President Rahul Gandhi’s next foreign trip would be to countries like Canada and Singapore followed by another one to the Middle East.

He said this during an interactive session with the Indian diaspora in Bahrain.

“In fact I was speaking to Sam (Sam Pitroda) in the car today, and that’s exactly what we said that one of the places we really need to go is Canada.