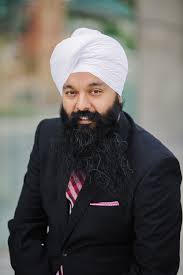 Ottawa: Last week, Liberal Members of Parliament from British Columbia re-elected M.P. Randeep S. Sarai (Surrey Centre) as Chair of the Pacific Liberal Caucus. This will be Mr. Sarai’s second term as chair. Mr. Sarai released the following statement: “Over the last twelve months, my position of Chair of the Pacific Liberal Caucus has allowed me to engage with MPs, Senators, and community leaders from across British Columbia. Together, we have made progress on a wide variety of issues affecting our province and have been successful in raising the concerns of British Columbians in the federal cabinet.”

“I am honoured that my colleagues have chosen me to chair the federal Pacific BC Liberal Caucus for a second term and look forward to confronting the challenges of the year ahead. I remain deeply committed to the well-being of British Columbians and the country as a whole.”