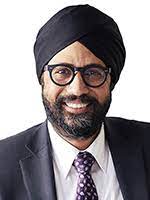 By Aman Singh, MLA for Richmond-Queensborough

Recently, we announced the recipients of the Multiculturalism and Anti-Racism Awards.

Too often, their efforts go unrecognized. That’s why we need to honour and give appreciation to those who are working to make B.C. a safer, more equitable and inclusive province for everyone.

By sharing their stories, we hope to inspire others to stand against hate and inequity and let people who are facing discrimination know that they’re not alone.

The Breaking Barriers Award recognizes outstanding work in tackling systemic or institutional racism and reducing barriers for marginalized communities. This year’s winners are Aimee Chalifoux from Nanaimo and the Kamloops African Society. Aimee Chalifoux champions and supports the Indigenous community through language revitalization, and support with housing, employment, and literacy. The Kamloops African Society is a black women-owned society focused on supporting and including people of color through culture promotion, mentorship, and community engagement.

The Intercultural Trust Award recognizes outstanding work in building intercultural trust and understanding and reducing racism and hate between communities. The recipients of this award include Imtiaz Popat of Vancouver, and the Stand With Asians Coalition (SWAC) based in Burnaby. Imtiaz has organized peaceful rallies against Islamophobia and hate crimes against the 2SLGBTQIA community, and advocates for anti-racism education. SWAC unites Canadians to raise awareness of anti-Asian racism and hate crimes and give a voice to victims.

The final award this year was the Emerging Leader Award, which recognizes a young person aged 15-30 for outstanding work in building intercultural trust, tackling racism, or reducing barriers for marginalized communities. This year’s winner is Dr. Rahel Zewude of Vancouver, founder and president of Black Physicians of B.C., a grassroots not-for-profit society. Rahel has made strides in combatting institutionalized racism and establishing a community of support for Black physicians.

As government, it is our responsibility to fight against discrimination, make our services more equitable and accessible, and address the policy gaps that are disproportionately impacting people of colour and Indigenous peoples.

One of the ways we will continue to do this is by introducing anti-racism data legislation later this spring. This legislation will make it possible for government to identify where systemic racism is taking place, so we can better address it and create more inclusive and equitable public services.

This builds on other steps we have taken as a government, including reinstating the BC Human Rights Commissioner; providing funding to support anti-racism initiatives like our provincewide anti-racism awareness campaign; working to draft B.C.’s first anti-racism act in consultation with Indigenous, Black and other racialized communities; modernizing the Police Act, as well as tackling anti-Indigenous racism in healthcare.

We know we have much more work to do, and we remain committed to addressing racism in all its forms. We will continue to work alongside Indigenous Peoples and racialized communities to make B.C. a safer, more inclusive and equitable province for everyone.

Thank you to the over 100 award nominees for all of your efforts, and thank you to all of the organizations, individuals and volunteers throughout B.C. who are strengthening our communities, supporting those who are victims of hate, and fighting racism.