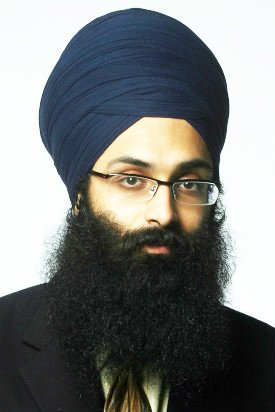 Ottawa: A motion for reconsideration has been filed with the Supreme Court of Canada with respect to the court’s decision to deny leave for appeal in the Singh, et al. v. Attorney General of Québec.  The appellants, Balpreet Singh and Harminder Kaur argue in their motion that two unusual and interrelated circumstances have given rise to the “exceedingly rare circumstances” which warrant the court’s reconsideration.  Specifically, the Supreme Court’s decision in Chagnon v. Syndicat de la fonction publique et parapublique du Québec and secondly, the election of the Coalition Avenir Québec (CAQ), which has championed discriminatory policies that will disproportionately affect religious minorities.

In January 2011, the appellants in the case, Harminder Kaur and Balpreet Singh were part of a WSO delegation that had been invited to make a presentation at the Quebec National Assembly on Bill 94 which would deny essential government services, public employment to individuals who wear facial coverings. The WSO’s team was excluded from the hearing before the Committee on Institutions because they were wearing the kirpan. The Sikh faith requires initiated men and women to wear the five Sikh articles of faith, including the kirpan, at all times.

The Supreme Court of Canada denied leave to the appellants on October 25, 2018 and as usual, did not provide reasons for its decision.

Rules 47 and 73 of the Rules of the Supreme Court of Canada provide for the reconsideration of an application for leave to appeal where there are “exceedingly rare circumstances”.

The appellants have submitted that the Supreme Court of Canada released a decision in  Chagnon v. Syndicat de la fonction publique et parapublique du Québecwhich develops a new framework for legislatures exercising parliamentary privilege when Charter rights are at stake.  The framework developed in Chagnonreplaced the framework that was used to decide Singh v. A.G. Quebec.  The motion for reconsideration argues that the interpretation from the Court of Appeal is inconsistent with the analytical framework for determining the scope of parliamentary privilege developed by the Court in Chagnon, and the result appears to permit legislative assemblies to exclude participants on the basis of religious or other protected grounds which could lead to widespread discrimination against religious minorities.

The motion for reconsideration also notes that since the election of the CAQ in the October provincial election in Quebec, the CAQ has advanced disturbingly discriminatory policies and rhetoric that have stoked the flames of intolerance in Québec. In particular, the CAQ aims to implement a blanket prohibition on certain religious symbols such as the kippa or the hijab in public workplaces. Despite framing its policies in terms of “secularism”, the CAQ has disproportionately targeted minorities and vulnerable citizens while protecting historically-dominant beliefs. The CAQ has announced publicly that it intends to invoke section 33 of the Charter of Rights and Freedoms to the extent that its proposed legislation violates the guaranteed rights of Canadians.

The appellants argue in their motion for reconsideration that in these circumstances, the Court of Appeal’s decision has become a dangerous precedent that could function as a judicially-endorsed justification for blanket exclusions of religious minorities from democratic participation at the National Assembly of Quebec and that In this context, it is imperative that the Supreme Court address the privilege to exclude strangers in light of the framework set out in Chagnon to ensure that an outdated appellate precedent is not used to further policies of exclusion and intolerance.

WSO legal counsel Balpreet Singh, also the appellant in the case, said, “we believe that there are indeed exceedingly rare and pressing circumstances in Quebec today that should lead to the Supreme Court of Canada reconsidering its decision to deny leave to appeal in Singh, et al. v. Attorney General of Québec.  The framework set out in Chagnon for legislatures exercising parliamentary privilege when Charter rights are at stake clearly means that the analysis that took place at the lower courts needs to be revisited.  I understand that the doctrine of “parliamentary privilege” is meant to ensure “the proper functioning of our constitutional democracy.” I fear that with the election of Mr. Legault’s CAQ government, it will be used to subvert our constitutional democracy by suppressing some but not all voices in the political discourse. And, with a government that seems to have no qualms about invoking the “Notwithstanding Clause”, I cannot see how religious and other minorities will be protected.”