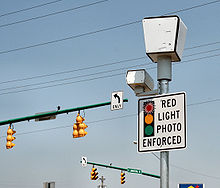 Victoria: The red-light cameras at 140 high-crash intersections throughout B.C. are now operating at all times – up from six hours a day – to help reduce deaths and serious injuries on the province’s roads.

“For too long, cameras with a proven record of curbing red-light runners and the serious crashes they cause were not operating at full capacity,” said Mike Farnworth, Minister of Public Safety and Solicitor General. “Last year, we saw a record 350,000 crashes in B.C., with about 60% of them happening at intersections. The full activation of these cameras is overdue and an important step for safety on some of our busiest roadways.”

Since announcing the move to full activation in September 2017, the Intersection Safety Camera (ISC) program has updated service and data-transmission capacity. It also increased its staff to review incidents and process additional tickets in a timely manner. Some locations began to operate at higher levels in November 2017, with all locations fully activated by the end of July 2018.

The Province’s increased ISC activation is consistent with international jurisdictions and every province west of Quebec. In B.C., a red-light camera offence occurs when a vehicle enters an intersection after the signal light turns red. The vehicle’s registered owner is responsible for the ticket even if they are not driving, but does not receive penalty points on their licence.

In March 2018, the ministry announced plans to add technology at certain ISC locations to ticket the fastest drivers passing through those intersections on red, yellow or green lights. Analysis of crash and speed data is ongoing to determine which locations will receive this technology. New signs will warn approaching drivers about the enhanced intersection enforcement. The number and locations of the speed-activated cameras will be announced in fall 2018.