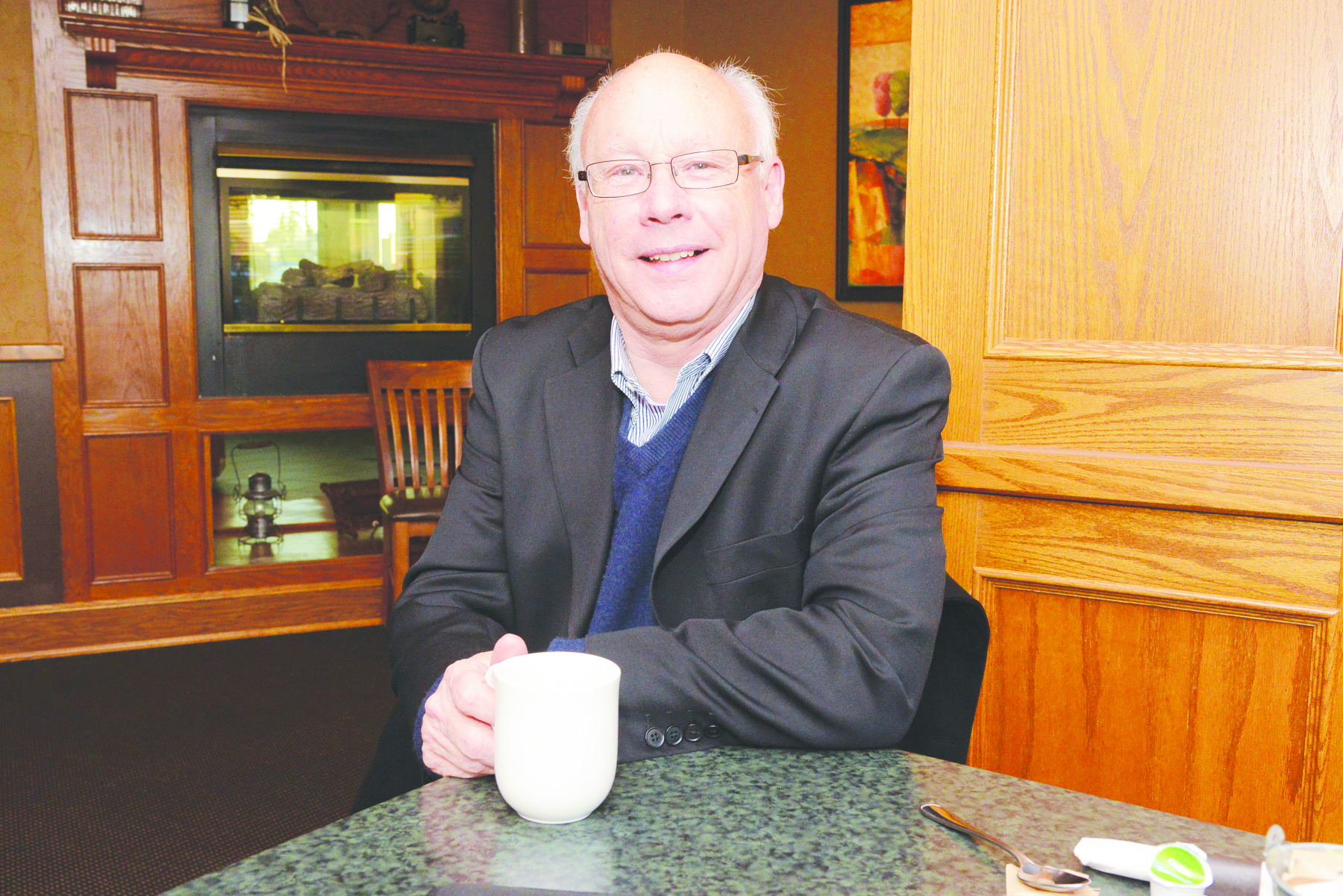 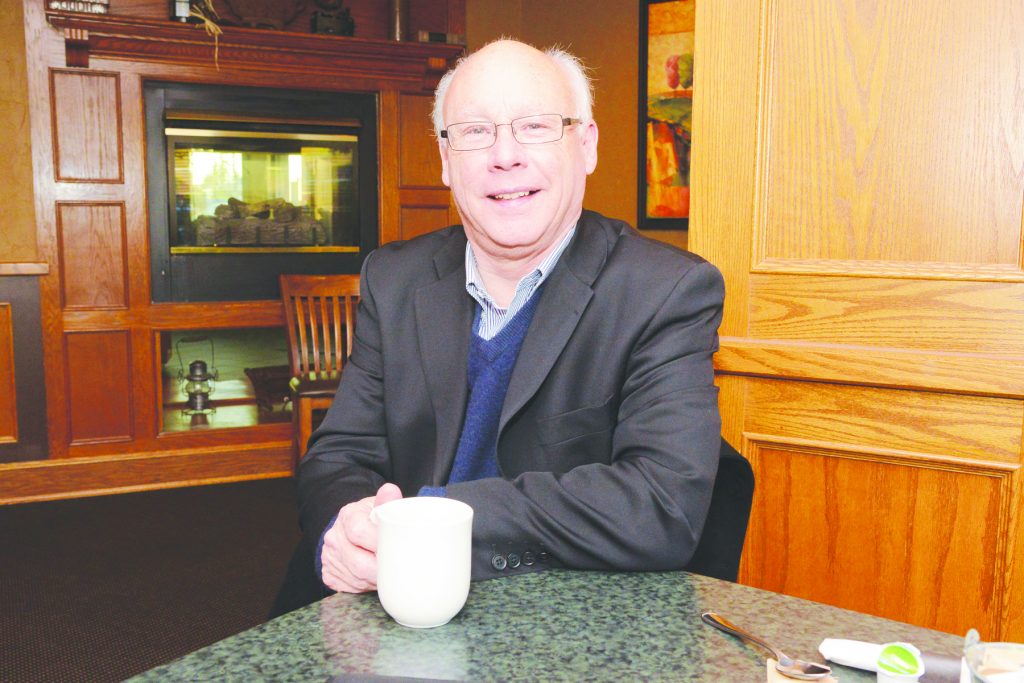 On October 19, Ken Hardie, retired journalist and broadcaster, communications manager and director with ICBC and TransLink became the Member of Parliament with 46.9% of the vote in Fleetwood Port Kells.

With the whirlwind of the election, and a first trip to Ottawa for orientation still fresh in his mind, Hardie spoke with Ray Hudson of the Asian Journal, to share the drama and excitement of his experience.  He started with the memory of walking to his first caucus meeting in the Centre Block.

“I walked across Wellington Street, past the eternal flame, then a long walk across the grounds and up the stairs and through the brass doors. You turn and go a little bit down the hall and into the caucus room, where you get to see household names.  People in the party that I’ve known and admired like Ralph Goodale, he’s my hero. Then of course there are the newbie’s like me.  But what’s really cool is to sit there in the “big” room (the government caucus room), with the people that have been toughing it out in the tiny room down in the basement, in the previous parliament. Some may have been around in the Chretien years, and they walk into the caucus room and say, Honey I’m home! And you could just see the light in their eyes. It was so satisfying.  That was very cool!”

After retiring from his job at TransLink, Hardie became active in the Liberal Party again after a hiatus that lasted from the sixties when he was in university.

“As a public servant, you keep your politics to yourself. But once I retired, I felt like I was the dog and somebody had left the front door open. And the kind of discussions going on inside the Liberal party, what they intended to do, and how they would go about doing it, was a culture that I really liked.”

So he considered the calendar and thought he was at an age when if he were going to go for it, now was the time. He connected with the party executive in the riding and “received some encouragement” but was also aware that they were trying to recruit another candidate, whom Hardie agrees would have been good. But when the time is right, it’s right.

“I was propped up in bed reading the newspaper, wife is here, the dog is there, and I got a call from someone from the BC Party.  This was Saturday, and I had a quick discussion with them, and turned to my wife and said, ‘Dear, remember where you were when you heard that there is going to be a nomination meeting on Tuesday and I’m it.’

Fast forward to the night of the election; he was watching the returns at home with friends.

“The first result that came up from our riding, had me two votes ahead,” said Hardie. “Just after eight o’clock, my campaign manager called and said, right now we figure you’ve got about 42% of the vote.  You’ve won it man!  At the same time there was this big cheer from the TV room because CBC had just put a check mark next to my name. Not many get a chance to get that kind of a buzz.”

Hardie said they had people dropping into the campaign office with problems concerning  immigration, Canada Revenue, employment insurance, and they wanted to get an early start on getting somebody to help them out.

“This is essentially the kind of work I did at ICBC and TransLink,” he said,  “just a broader scope and a few more areas, so this wasn’t new territory.”

Reflective of those campaign experiences, Hardie said he had received emails from Service Canada that handles EI and other things, and the Canada Revenue Agency.  Both have staff specifically to help MPs deal with constituency issues. He also received a call asking what committees he’d be interested in.

“I have a wide variety of interests because of my background, but I think there are things the riding wants me to focus on. My first choice was Immigration and Refugees, second choice, Transportation and Infrastructure – something I know a bit about – and it’s a big deal here in the riding, then based on the crime problems here, my third choice was Justice, and then Health. I’ll find out where I’ll be later this week.”

Along with that, Hardie has received his House of Commons duty roster from the new whip, retired General, Andrew Leslie.

Hardie said that in the blizzard of things that have to be done in these few days, he’s had to oversee the winding up of the campaign and the campaign office, and make sure all the  bills are paid.  In the midst of this, his oldest son is leaving home for a job in northern BC. His wife suggested this was the time for downsizing of the homestead in favour of a townhouse, where they and their other son will call home when they are in the riding. In Ottawa, they will purchase a townhouse where they can live with their dog and two cats, which will accompany them.

“So there’s a ton of different things to learn,” said Hardie,  “but the nice thing about being an older guy is that I’ve been through similar situations in the past. In the beginning it looks very daunting but experience tells you that you’ll get through it, get the hang of it and you’ll make it work. I was lucky in finding an experienced person here in Al Payne.  He knows what goes on and how it works, and I’ve been assigned a very experienced person in Ottawa, so I look forward to setting up my office, which is going to be in the Justice building opposite the Supreme court.”

“I still don’t know where my desk is going to be in the House of Commons, but I will find out a week tomorrow,” he said, “and on Friday, December 4th, we have the speech from the throne. That will be really cool, because we the commoners, have to walk down to the Senate chamber and stand at the entrance while the Governor General tells us what his government is going to do for him.  Then from the 7th through the 11th we’re in session, and I’m anticipating we’re going to act right away on the tax cut and the Canada Child Benefit so we can get the money flowing to families who need help.”

Hardie mused that looking at the country while flying to Ottawa on the orientation trip, he had a new perspective that was the whole country and not just one small place.

“Now I have a job that relates to all of this, not just our little spot on the map.  You go over the mountains and you see this little line that’s a road, or a power corridor. And you realize this is a huge sparsely populated country that all logic says shouldn’t even work – but it does! So what are you going to do to make it work better?”