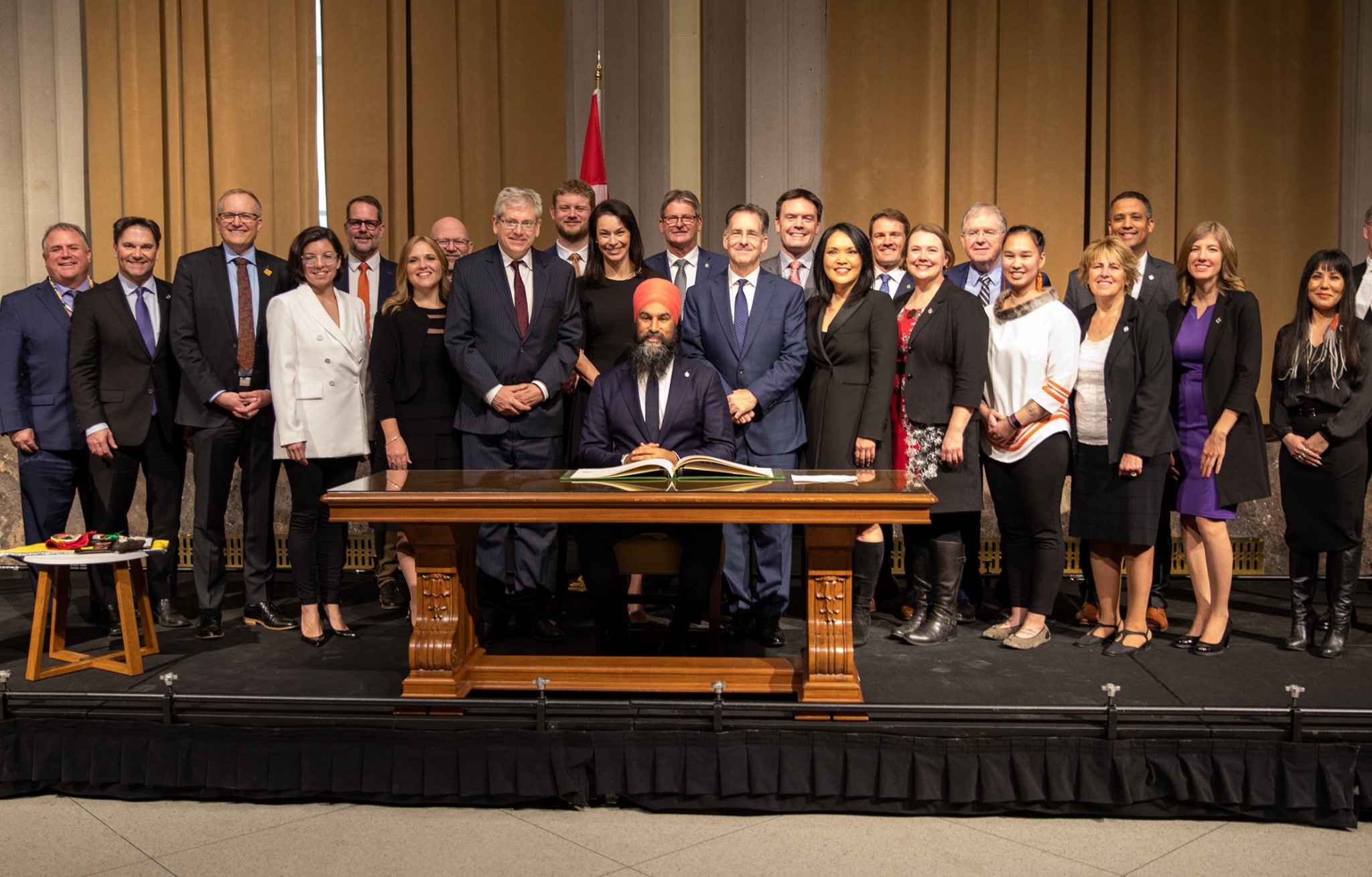 Ottawa: NDP Leader Jagmeet Singh counselled his caucus to remember the people who voted for them, but also the people they’re in Ottawa to champion.

Singh and his caucus are being sworn in as members of Parliament today in a joint ceremony in Ottawa.

During a speech before the ceremony, Singh said that while he’s happy with how the NDP performed in the campaign, he is not satisfied with remaining in fourth place in the House Commons.

He says he wants to make sure the NDP, which now holds 24 seats, forms government so his party can implement its platform policies and initiatives.

In the meantime, Singh talked about the people his caucus will fight for, including Grassy Narrows First Nation and the children and families at the heart of a Canadian Human Rights Tribunal ruling that ordered Ottawa to compensate Indigenous children wrongly placed in foster care.

Singh says his caucus will use the minority Parliament to their advantage and will not be afraid to call out those working to protect the interests of wealthy corporations over the interests of everyday Canadians.