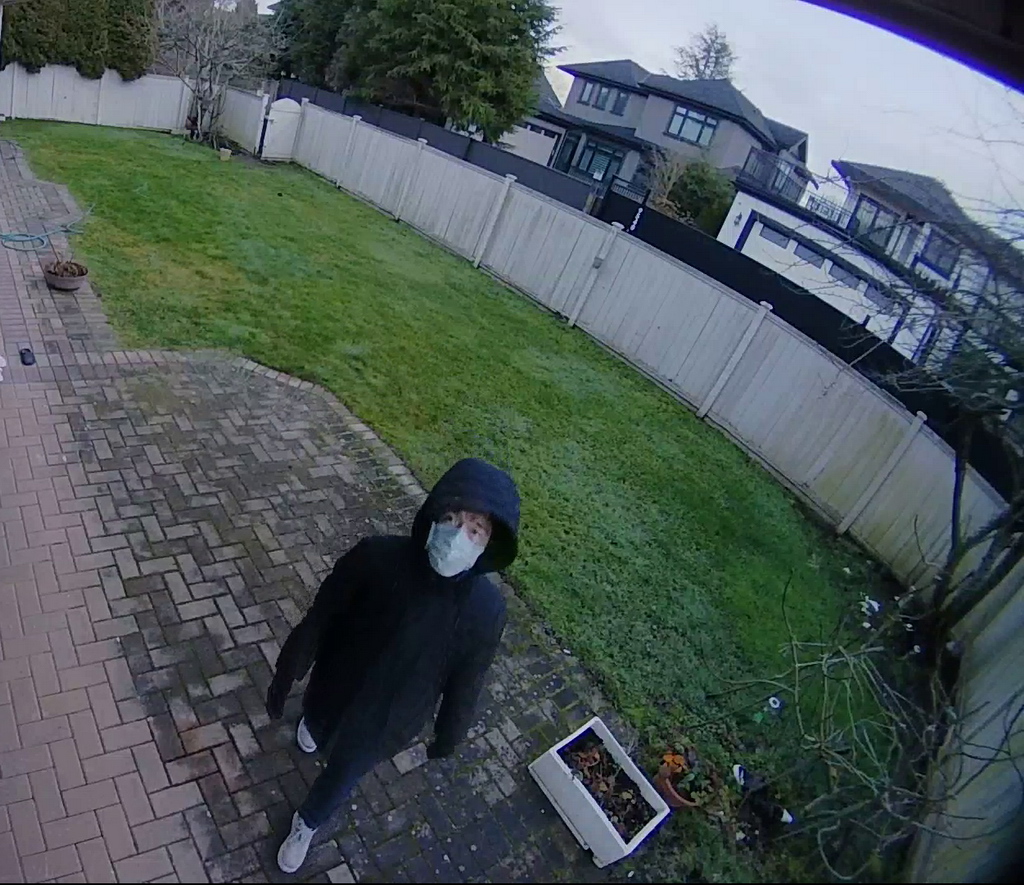 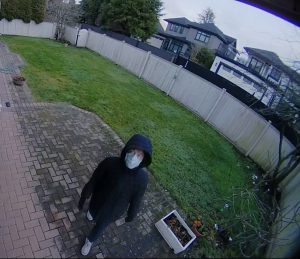 It is an unusual and perplexing case for Richmond RCMP.

A suspect or suspects allegedly entered a property in the 7000 block of Belair Drive on several occasions beginning in early January of 2018. However, nothing was reported as missing or stolen. This appeared to have stopped in mid-February of 2018 when owners upgraded their home security set-up.

Investigators followed up on a number of leads but have thus far been unable to identify a suspect. No past police cases have similar details and no new cases have surfaced. The Richmond RCMP is releasing a security photo in the hope that someone might recognize a suspect.

The suspect is described as:

“This is a highly unusual case from the standpoint of our investigators,” says Corporal Dennis Hwang.

“There have not been any losses reported but some property has been damaged and in one instance, items within the residence were meticulously moved and reconfigured in a new location. If not for the security footage, we might have been inclined to consider that the intrusions were the work of some type of poltergeist” adds Cpl. Hwang.

Anyone with information regarding this investigation can contact Corporal Kyle Simpson of the Richmond RCMP General Investigation Section at 604-278-1212 or by email at Richmond_Tips@rcmp-grc.gc.ca.