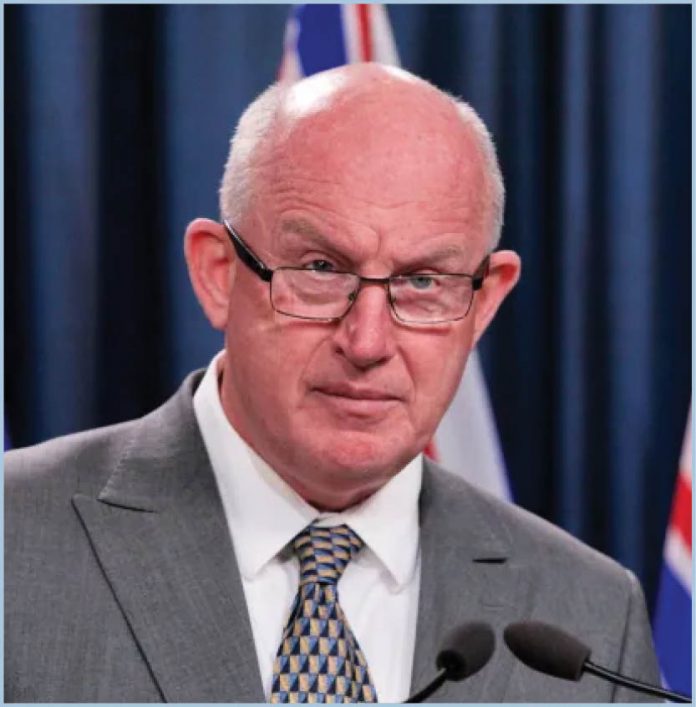 Vancouver: An advocate with Human Rights Watch says he hopes British Columbia’s decision to end its immigration detention arrangement with Canada Border Services Agency will create a “domino effect’’ across the country.
Public Safety Minister Mike Farnworth announced B.C.’s decision to end its deal with the agency to hold immigration detainees in provincial correctional centres on Thursday, saying the arrangement doesn’t align with the province’s stance on human rights. The move came after calls from Human Rights Watch and Amnesty International for B.C. to terminate its contract with the federal government.
Samer Muscati, associate disability rights director at Human Rights Watch, called the decision a “historic step.’’ “Hopefully this will end some of the abuses that we’re seeing and prevents people from being detained in the worst conditions, at least in British Columbia. We’re hoping this will create a domino effect where other provinces will take the lead that B.C. is taking to do the same,’’ Muscati said in an interview Thursday. “Hopefully this is also a wake-up call for the federal government to realize that the current immigration detention system they have, it’s not sustainable and they really need to look at a paradigm shift in how they do this.’’ Farnworth said the province conducted a review that analyzed its contract with the agency, including public safety, and consulted with advocacy groups. “The review brought to light that aspects of the arrangement do not align with our government’s commitment to upholding human rights standards or our dedication to pursuing social justice and equity for everyone,’’ he said. CBSA said it could not respond to questions by deadline. The report said the number of immigration detainees in provincial custody is declining but provincial jails are used to hold “high-risk detainees.’’ It also said that while CBSA compensates BC Corrections to hold detainees, it does not cover the total cost. “This is a trend that is likely to continue given the overall reduction in the number of detainees in provincial custody. If the arrangement ended, these are resources that could be used to support BC Corrections’ clients, including individuals in custody with complex needs and behaviours,’’ it said. Calls for reform began in June 2021 when Human Rights Watch and Amnesty International released a report saying immigrants with no criminal charges against them are detained in holding centres, federal prisons or provincial jails for “indeterminate amounts of time.’’ They launched a campaign calling on B.C. to end its contract last October, and later expanded their push to Quebec and Nova Scotia.
“Canada is among the few countries in the global north with no legal limit on the duration of immigration detention, meaning people can be detained for months or years with no end in sight,’’ the groups said in a joint news release following Thursday’s announcement. “British Columbia’s decision is a major milestone on the path to ending immigration detention in provincial jails in Canada.’’
Sara Lopez, an immigrant who was detained for three months at the Alouette Correctional Centre for Women in Maple Ridge after seeking asylum in 2012, called the decision a relief.
She said she has never understood why CBSA incarcerates people who are “just fleeing from violence.’’
“Fingers crossed that it happens in every province in this country,’’ she said in an interview on Thursday.
Ketty Nivyabandi, secretary-general of Amnesty International Canada, said in the statement that she commends B.C. on being the first province to make the decision, calling ita “momentous step.’’
“This is a true human rights victory, one which upholds the dignity and rights of people who come to Canada in search of safety or a better life,’’ she said. B.C. human rights commissioner Kasari Govender joined the groups in their call to end the practice country, saying CBSA data shows 94 per cent of immigration detainees are held for administrative reasons and pose no risk to the public.
“Detaining innocent migrants in jails is cruel, unjust and violates human rights commitments. CBSA may still hold migrants in a detention centre, but this a significant first step towards affirming the human rights of detainees,’’ she said in a news release Thursday. “Now, it is up to the federal government to abolish all migrant detention and expand the use of community-based alternatives that support individuals.’’
Farnworth said BC Corrections will be providing CBSA with 12 months’ notice of termination as is required under its current contract. The review noted CBSA may need time to “plan and implement additional facilities or alternatives that are safe and secure so as to not compromise public safety in B.C. or put those in their care _ staff, contractors and detainees at risk in any way.’’ The human rights groups said BC Corrections has told them the province will give the agency official written notice to terminate the contract next week.
“We hope that this is a step in abolishing immigration detention as opposed to finding other ways to detain people through holding centres or through other types of punitive measures,’’ Muscati said. “There’s a real opportunity here to do something
different.’’

By Brieanna Charlebois
The Canadian Press