Asian Journal
Home Hot Off The Press Rob Ford to lie in repose at Toronto city hall for two... 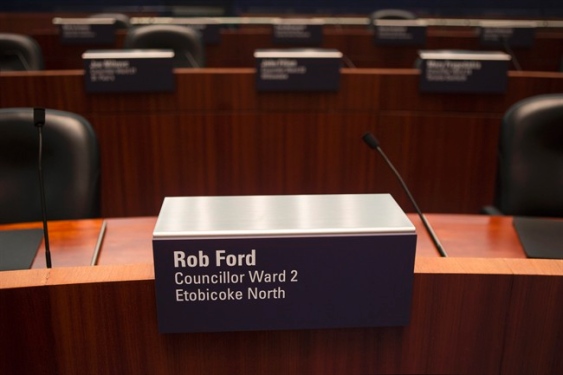 TORONTO: Former Toronto mayor Rob Ford will lie in repose for two days at city hall before he is laid to rest next week.

A statement on behalf of Ford’s family says mourners will be able to pay their respects to the late councillor on Monday and Tuesday.

A procession Wednesday morning will start from city hall and end at St. James Cathedral, where a funeral will be held.

After the service, Ford’s family will leave for a private ceremony.

But a public celebration of the former mayor’s life is planned that evening at the Toronto Congress Centre.

Ford’s family is asking for people to submit short video clips of their experiences with Ford, which will be compiled into a montage and played at the celebration.

The family is also asking that instead of sending flowers, people donate to the Ford-Panov research panel at Mount Sinai hospital, where Ford was treated for cancer.

“Councillor Ford’s family wishes to express their gratitude for the thousands of messages of support they have received from around the world,” the statement said.

“As difficult as it is to say goodbye, they would like to do so in the same manner in which he lived his life, by sharing it with the people.”

Ford died in hospital Tuesday after battling a rare and aggressive type of cancer.