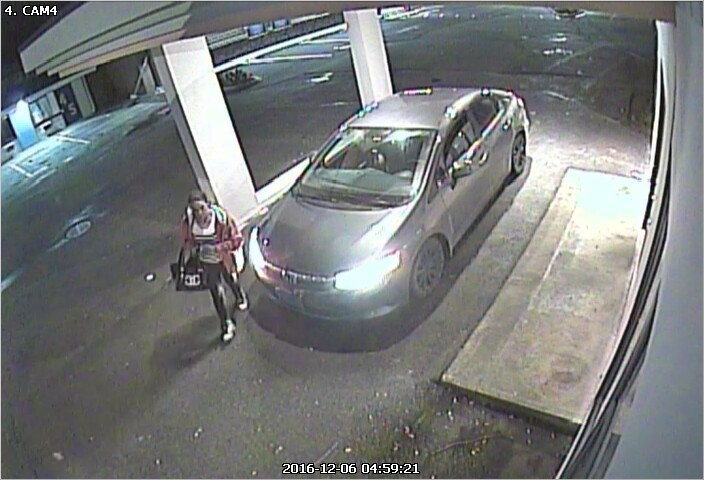 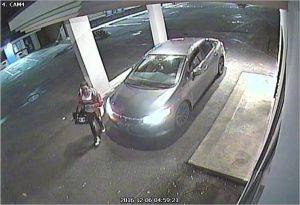 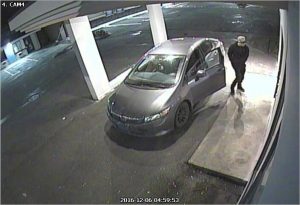 Abbotsford: On Tuesday, December 6 at 4:40 am, the Abbotsford Police Department received a call reporting a robbery at a hotel in the 32000 block of Marshall Road. Two men and a woman had arrived at that location minutes earlier and bound the male front-desk employee. One of the male suspects brandished what appeared to be a handgun and the trio took the cash register till tray with them when they fled in a silver, 4-door Honda.

Suspect # 1 is described as a Caucasian male, 5’8” tall, slim build, 30-35 years of age, black jacket, light-coloured baseball cap and holding what appeared to be a handgun.

Suspect # 2 is described as a Caucasian male, slim build, 25-35 years of age, wearing dark clothing with a black t-shirt in hand that he wrapped around his head and face when committing the robbery.

The Abbotsford Police Department is releasing some security video of the incident with the hope that it will assist in identifying the suspects: https://youtu.be/RsHXw4C9CV0