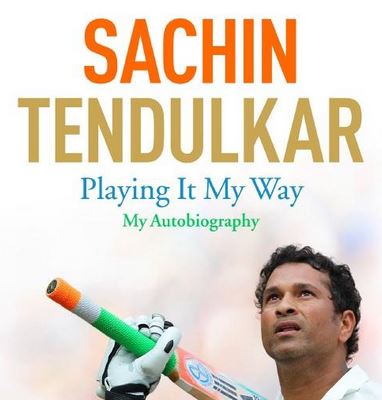 Mumbai: Sachin Tendulkar’s autobiography “Playing It My Way”, released Thursday, has broken all records of an adult hardback on pre-order subscriptions across both fiction and non-fiction categories, a statement from the publishers said Friday.

Tendulkar’s book has broken the mark set by Steve Jobs’ biography by Walter Isaacson, which had sold 130,000 copies.

According to reports, on the day of release and before sales began, 150,000 copies had already been pre-ordered to Hachette India, the publishers of the book — already pulling ahead of both pre-order and lifetime sales of the top hardbacks Dan Brown’s Inferno, Walter Issacson’s Steve Jobs and JK Rowling’s Casual Vacancy.

“It is no surprise that the master blaster’s pen talks up records at the same pace as his bat. We’re delighted that he has now notched up a thousand hundreds on debut, and we’re sure that this innings has only just begun,” Thomas Abraham, managing director, Hachette India, said, in a statement.