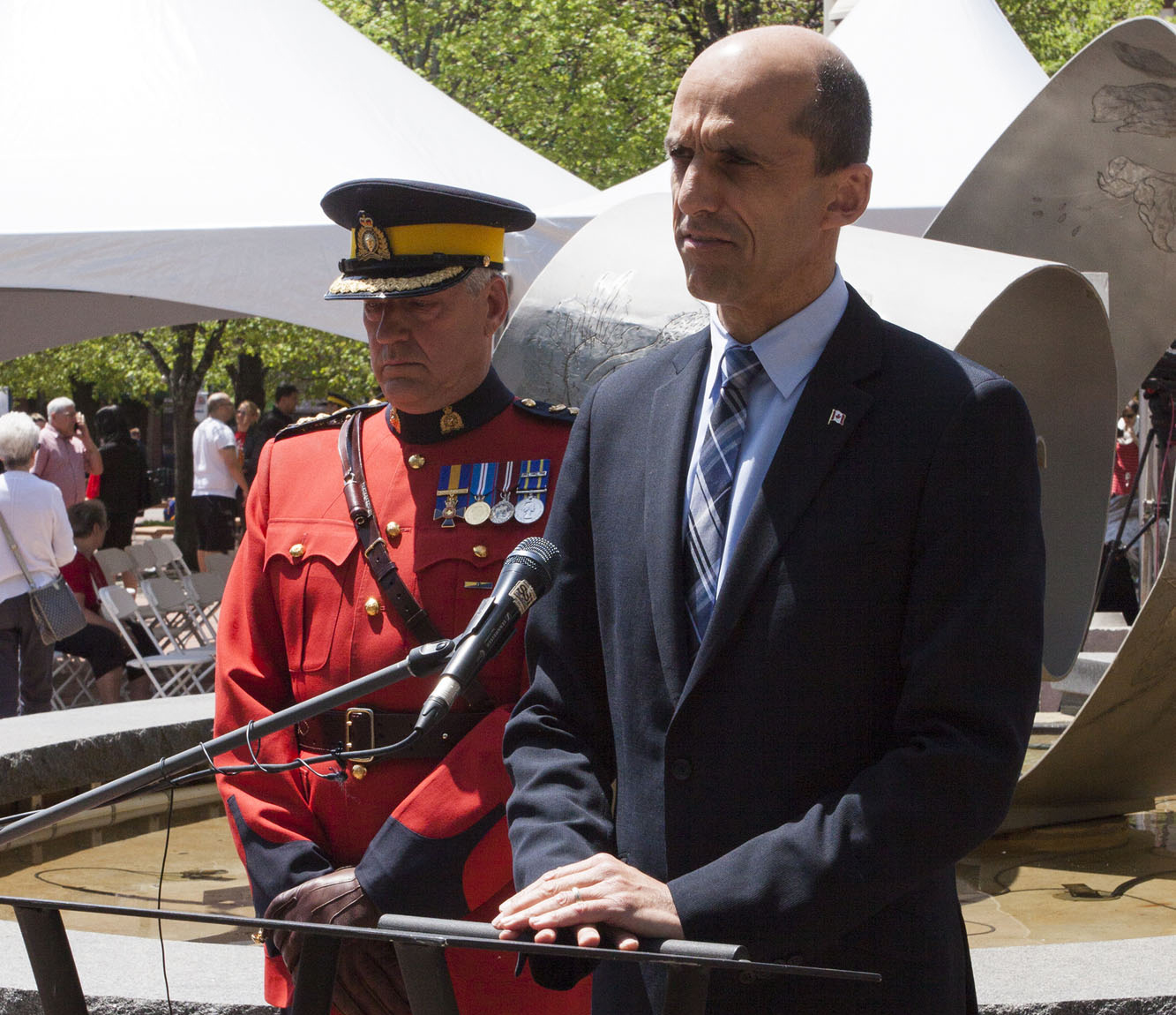 By Laura Kane, THE CANADIAN PRESS
DELTA: Canada’s public safety minister shrugged off questions Tuesday about his government’s response to threats against the RCMP by the hacktivist group Anonymous, saying he fully trusts law enforcement to investigate.
Steven Blaney said all threats are taken seriously but provided few details of how his government is responding, days after Anonymous claimed responsibility for shutting down the RCMP website.
“There are many ways this country enjoys freedom to express our democratic views,” he said. “I invite those who want to express their views to use democratic ways. Those who don’t expose themselves to face the full force of the law.”
Members of the loosely-connected vigilante group issued a news release on Saturday that claimed a masked man fatally shot by a Mountie in Dawson Creek, B.C., was an Anonymous member. The release vowed to publish the identity and personal information of the officer.
The next day, the force’s national website crashed for several hours. The RCMP has not confirmed that Anonymous hackers were responsible for the shutdown.
The Twitter account that originally posted the press release, ?OpAnonDown, appeared to have been removed as of Tuesday afternoon.
When asked whether an investigation into the threats had been launched, Blaney replied that he fully trusted British Columbia’s police watchdog, the Independent Investigations Office, to examine the matter.
A ministry spokesman later said the francophone minister misunderstood the question and was referring to the IIO’s investigation into the B.C. officer’s actions. The RCMP _ not the IIO _ is investigating social media posts attributed to Anonymous.
Jeremy Laurin said the ministry does not comment on specific or potential threats, but it takes cyber security seriously and operates on the advice of security experts.
RCMP Cpl. Dave Tyreman said Tuesday the force is aware of the posts and is conducting a review but he had no further details to share.
Blaney told reporters that the Conservatives increased funding in their last budget to improve government security and to work with the private sector to defend against electronic threats.
“We are constantly monitoring cyber security and cyberattacks,” he said.
“I trust in those agencies that are working and tackling those kinds of threats to make sure that they are not successful, and most importantly, that we are protecting the privacy of Canadians when our sites are under attack.”
_ Follow ?ellekane on Twitter.
INDEX: NATIONAL JUSTICE
© 2015 The Canadian Press