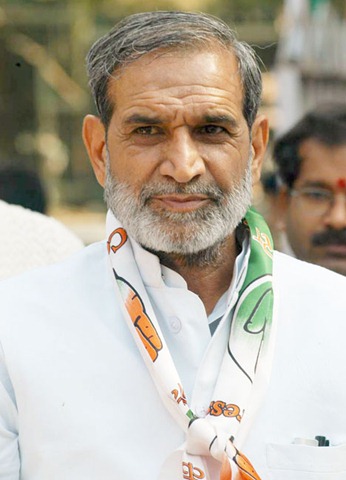 New Delhi: Former Congress leader Sajjan Kumar, sentenced to life imprisonment in a 1984 anti-Sikh riots case, was on Monday sent to jail after he surrendered in a city court.Kumar surrendered in the court of Metropolitan Magistrate Aditi Garg following which he was taken into custody and sent to Mandoli jail in the national capital. The court has also ordered that a separate van would be provided for his movement due to security reasons. His surrender came in compliance with an order by the Delhi High Court, which on December 17 sentenced him to imprisonment for the “remainder of his natural life”. The High Court had declined his plea for extension of time to surrender from December 31 to January 31.Alongwith Kumar, former MLAs Kishan Khokhar and Mahender Yadav, who were also convicted and sentenced to 10 years imprisonment in the case, surrendered in the court as well. Sajjan Kumar was convicted for the killing of Kehar Singh, Gurpreet Singh, Raghuvender Singh, Narender Pal Singh and Kuldeep Singh in the Raj Nagar area of Delhi cantonment by a mob. The five victims belonged to one family. Kumar, who has also quit as a Congress member, has moved the Supreme Court challenging his conviction and sentencing.The 1984 riots took place in the wake of the assassination of the then Prime Minister Indira Gandhi by her two Sikh bodyguards. “Kumar’s conviction and now surrender will give a new hope to the victims’ family and boost their fight to put Congress leaders Jagdish Tytler and Kamal Nath behind bars,” Bharatiya Janata Party (BJP) MLA Manjinder Singh Sirsa said, reacting to the development.