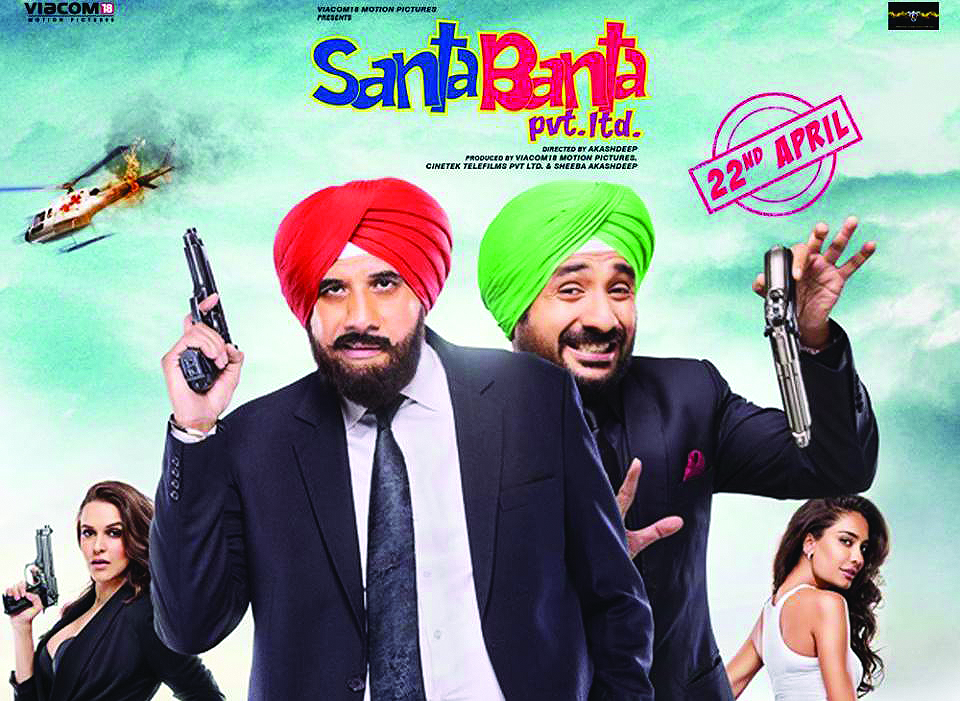 Sikhs have been ridiculed in Bollywood for some time and often the Sikh characters were portrayed to generate laugh or to make fun. Growing up, I always used to wonder that why the Sikhs are only truck drivers or dancing to bhangra songs in bollywood films and except a few noble attempts by Prithviraj Kapoor (Nanak Naam Jahaz Hai & Nanak Dukhiya Sab Sansar), Raj Kapoor (Jagte Raho & Gopichand Jasoos), Shammi Kapoor (Boyfriend & Deshpremi) & Shashi Kapoor ( Vijeta ), most of the Sikh characters were created to generate cheap laugh. The sacrifices of the Gurus and inspiring stories of Banda Bahadur, Hari Singh Nalwa & Maharaja Ranjit Singh were never made into films but instead the caricature images were fed through silly bollywood films which surprisingly were huge hits. From Raja Hindustani to Singhh Is Kingg and Jo Bole So

Nihaal to Yamla Pagla Diwana, the image was tarnished further and the only saving grace was Premnath’s Sikh character in Manoj Kumar’s Roti, Kapda Aur Makaan and Brave Attempts with Films Like Border, Gadar, Rocket Singh, Love Aaj Kal & Bhaag Milkha Bhaag. Time and time again, films on Bhagat Singh, Udham Singh & Karta Singh Sarabha were made and appreciated and yet no other historical charac

ter were brought on celluloid in spite of the fact that almost fifty percent of the film industry is of Punjabi origin. Well, things are changing and the turbaned heroes are not only making a mark but accepted as well and the very fact that popular actors like Salman Khan, Akshay Kumar, Ranbir   Kapoor, Amitabh Bachchan, Saif Ali Khan, Randeep Hooda, Sunny Deol & Kunaal Kapoor are donning them in various films is proof enough of the growing change in bollywood. Amidst all these changes,

Santa Banta PVT. LTD. got embroiled in controversy when Punjab Cultural Heritage Board filed a case in the court stating that the film release would hurt the religious sentiments of the Sikh community as Santa & Banta are often ridiculed and made fun of in the social circuits. Now it’s a fact that like Jewish, Polish, Pathan & Pandit jokes, Santa and Banta jokes have been around for some time and notoriously funny as well, however, the makers pointed out that their film is about two Sikh detectives – Boman Irani & Vir Das- and their exploits in Fiji, who happen to be Santa & Banta. Well, the judge bought the story after seeing the film and threw the case out as Boman Irani & Vir Das aka Santa & Banta went on a promotional spree to popularize the film along with Neha Dhupia, Vijay Raaz & Johny Lever. It’s to be seen how the audiences will respond to Santa Banta, however, if the makers have stayed away from the caricature images then I see no reason why it wouldn’t do well at the box-office and win the mass audiences around the world!

The writing was on the wall as Yash Chopra’s Fan started on a thunderous note with the highest collection of Rs.21.5 Crores on the opening day in 2016 and excellent reports from all critics, however, things started going wrong from second day as the collections took a nose dive and the slide continued to the extent that it came to single digit by fourth day. The distributors knew that the film wouldn’t do well when the collections of The Jungle Book zoomed past Fan in the second week and while The Jungle Book has already crossed Rs.115 Crores, Fan is still struggling at around Rs.70 Crores. With Fan opening at record 3500 screens in India, the dismal collections are a shock to Yash Raj Films & the fans of Shahrukh Khan and it can be safely said that after the dismal performance of Dilwale, Fan is a Disaster and needless to say, the makers of The Jungle Book are celebrating as Mowgli beats Shahrukh Khan at the box-office in India!!! 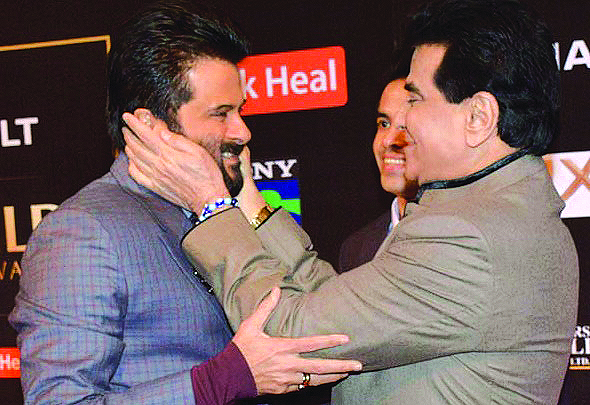 Raj Kapoor Awards, instituted by the Maharashtra Govt., are being given to bollywood veterans Jeetendra Kapoor & Anil Kapoor this year for their dedicated services to the bollywood fraternity. While 74 year old Jeetendra is given the RAJ KAPOOR Life Time Contribution award, the 59 year old Anil Kapoor gets Raj Kapoor Special Contribution Award.

The early bird tickets at $35 for Johny Lever Live are selling out fast and with Johny Lever, Jamie Lever & Gaurav Sharma performing for the first time at Vancouver’s iconic Hard Rock Casino on Saturday, June 11nth, the tickets can be purchased online from www.ticketmaster.ca or Kamal’s Video Palace and with that , it’s time to say goodbye but not before reminding you all to watch this week’s Yaadein on Sunday, April 24th at 1 PM on SMC#116 from the Nep Sidhu’s exhibition at Surrey Art Gallery!